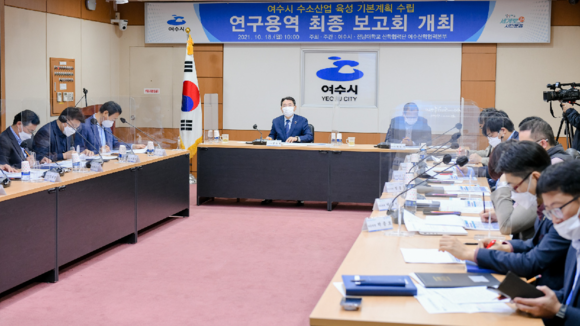 Yeosu City Mayor Kwon Oh-bong stated that it had received a final report on the ‘Yeosu City Hydrogen Industry Development Basic Plan Establishment Service’ in the City Hall situation room in the presence of around 10 advisers made up of hydrogen industry specialists.

The city of Yeosu developed a roadmap for nurturing the hydrogen industry in Yeosu by stage based on the city’s infrastructure as the nation’s second-largest by-product hydrogen producer and favorable conditions for the hydrogen industry, such as the Northeast Asian LNG hub terminal currently under construction, based on the results of this service. A nurturing approach will be used.

Furthermore, it is a goal to develop Yulchon 2nd Industrial Complex into a core city for the hydrogen economy by drafting a hydrogen industry integration plan and developing it into a sustainable industrial complex ecosystem.

“We will get the upper hand by developing a fundamental strategy to nurture the hydrogen sector,” said Yeosu Mayor Kwon O-bong, “since the government has announced its 2050 carbon-neutral goal and is trying its best to respond to climate change through conversion to new and renewable energy.” By creating a development engine for future sectors based on industry, we will aim to create an urban infrastructure that is full of employment and urban growth.”