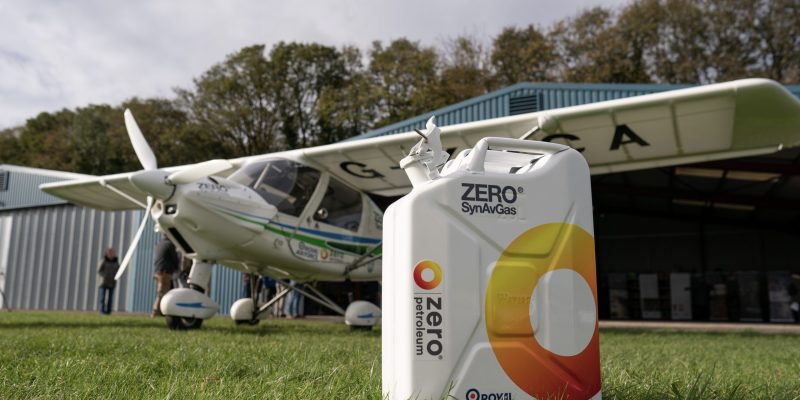 It has been announced that Zero Petroleum and the Royal Air Force have completed the world’s first flight powered entirely by synthetic aviation fuel.

This is the first flight ever to use 100% net-zero synthetic fuel, according to Zero Petroleum and the Royal Air Force.
Zero Petroleum is to thank for this. An Ikarus C42 aircraft took to the skies at Cotswold Airport, where it was awarded the Guinness World Record for “first aircraft powered by synthetic fuel.” The mission is the first step in a joint effort to eliminate the RAF’s entire fuel consumption.

Synthetic fuel from Zero Petroleum is made by extracting hydrogen from water and combining it with atmospheric carbon dioxide to create “drop-in” fuels that completely replace current fossil-based aviation fuels. As an industrial process, Direct FT is dependable, secure, and scalable without the land-use or biodiversity issues associated with biofuels. Direct FT is a proprietary advanced variant of Fischer-Tropsch technology.

Synthetic fuel technology and production are the company’s main goals. With these new fuels, there is no need to change the distribution infrastructure or design of engines to use them. High-performance vehicles, such as planes, helicopters, and trains, are essential for industries where electrification is not yet an option.

Project MARTIN, which began in June 2021, is tasked with completing this flight. IGTL Technology, Zero Petroleum’s technology partner in Peterhead, UK, worked together to design and build a production facility in record time. During September and October of 2021, the plant was relocated to Billia Croo, Orkney, UK, for fuel manufacturing operations.