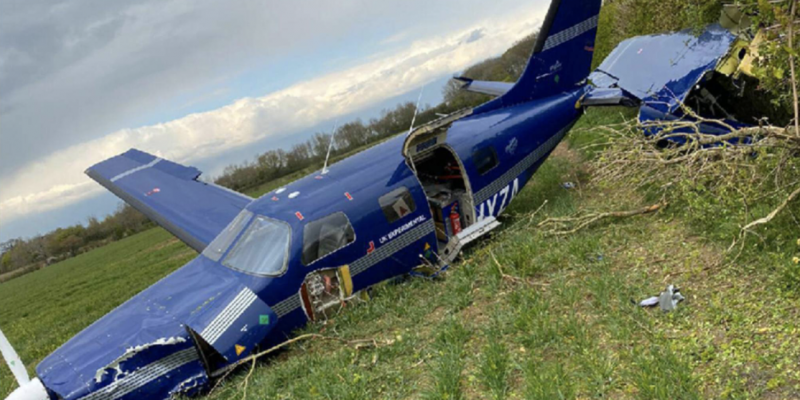 ZeroAvia’s Piper Malibu Mirage landed in a field near Cranfield Airport in England, where it was being used to test the hydrogen propulsion system.

The two crew members on board were unharmed, but the plane suffered significant damage.

According to a ZeroAvia statement, the plane made a “secure off-airport landing” during a “routine pattern test flight.” The plane landed on its wheels and almost came to a halt before being damaged as it approached uneven terrain at a low speed.

The left wing was totally separated from the aircraft, with damage to the horizontal stabilizer and cowling, according to a low-resolution picture released by the local fire department, which responded to the accident scene. The plane seemed to have collided with a hedge on the field’s perimeter.

ZeroAvia unveiled plans to build a 50-seat hydrogen-powered airliner in March, a project that will be backed by $24.3 million in new funding from investors including British Airways. The California-based startup has been using the Piper as a flying testbed, and is planning a 70-mile flight between Cranfield and Kemble in southern England. ZeroAvia previously stated that it plans to fly about 250 miles from the Orkney Islands to the Scottish mainland later this year.

HRS ramps up deployment of green hydrogen through HYGO project