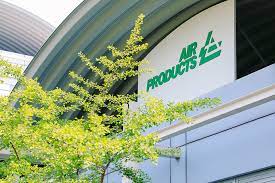 As part of the Clean Energy Complex announcement, Louisiana Governor John Bel Edwards and Air Products Chairman, President, and Chief Executive Officer Seifi Ghasemi say the state will become a leader in the United States (U.S.) clean energy transition with a $4.5 billion clean energy complex that will be built in Louisiana.

Air Products and Chemicals manufactures and delivers hydrogen and other vital industrial gases to a diverse range of client facilities in Louisiana, along the United States Gulf Coast, and throughout the world.

Located in Ascension Parish, Louisiana, Air Products will construct, own, and manage the megaproject, which will produce more than 750 million standard cubic feet per day (MMSCFD) of blue hydrogen when fully operational. Hydrocarbons are used as a feedstock in the creation of “blue” goods, with the carbon dioxide (CO2) created during the manufacturing process being collected and permanently sequestered. Over the course of three years, the project will generate 170 permanent employment with a total annual salary of $15.9 million, as well as more than 2,000 construction positions. It marks Air Products’ most significant investment in the United States to date.

A part of the blue hydrogen will be compressed and sent to clients through Air Products’ vast hydrogen pipeline network throughout the United States’ Gulf Coast. Located between Galveston Bay in Texas and New Orleans, Louisiana, the network is the world’s biggest hydrogen pipeline system, extending more than 700 miles between the two cities. Today, this huge pipeline network along the United States Gulf Coast is capable of supplying clients with more than 1.6 billion cubic feet of hydrogen per day from roughly 25 production facilities, including blue hydrogen from Air Products’ Port Arthur, Texas, facility. It has been capturing about one million tons of CO2 per year since 2013, with the CO2 delivered via pipeline and used for improved oil recovery activities at the Port Arthur plant.

It is anticipated that the remaining blue hydrogen from the new Ascension Parish facility would be used to produce blue ammonia, which will be shipped around the world before being converted back to blue hydrogen for use in transportation and other markets.

The revolutionary megaproject will also include the world’s largest instance of CO2 collection for long-term storage, as well as a manufacturing facility that will solely create environmentally conscious blue items. The megaproject is anticipated to be fully operational by 2026, according to plans.

In his remarks, Governor Edwards said, “This is a significant industry investment that will create high-quality manufacturing jobs while also reducing environmental consequences, which is an objective envisioned by my Climate Initiatives Task Force.” “Carbon capture and sequestration are critical components of Louisiana’s attempts to decrease carbon dioxide emissions while still maintaining and increasing our manufacturing base, according to the state’s climate action plan. This initiative serves as a clear indication of our capacity to expand the Louisiana economy while also reducing the carbon footprint of business and the environment.”

In a statement, Ghasemi stated, “Air Products is delighted to announce this investment in sustainable energy with the Governor of Louisiana.” “This historic megaproject will not only create employment, but it will also elevate Louisiana and Ascension Parish to the forefront of the United States’ clean energy revolution. All of Air Products’ key competencies are being brought together in this project, which leverages our build-own-operate skills as well as our technological, financial, and environmental capabilities. In terms of the larger energy transition, we are really pleased about the paradigm that this project represents, and we are grateful to the state of Louisiana for their partnership on the pore space that will securely and permanently sequester the CO2 that is absorbed. Continuing our long-standing collaboration with Louisiana and developing a plant that will serve as a leading example of sustainable energy generation throughout the world is something we are looking forward to.”

In order to ensure safe transportation, about 95 percent of the CO2 created at the plant will be collected, compressed, and delivered by pipeline to various inland sequestration sites located along a pipeline corridor that extends up to 35 miles east of the new production facility. More than five million metric tons per year (MTPY) of CO2 will be permanently sequestered in geologic pore space that has been obtained from the state of Louisiana and is located about one mile under the surface of the earth. A permit for the permanent sequestration of CO2 has already been granted by the State Mineral and Energy Board, which is a division of the Louisiana Department of Natural Resources, to Air Products.

Air Products will supply all of the complex’s products, including blue hydrogen and co-products (liquid nitrogen, liquid oxygen, and liquid argon), to clients in the United States and across the world, according to the announcement.

In a statement, Ascension Parish President Clint Cointment stated that the parish is committed to becoming a pioneer in the emerging clean energy economy and that the parish cherishes its continuing relationship with Air Products. “The fact that they have committed to adopting carbon capture and sequestration technology for industrial gas generation is commendable. It is anticipated that this project will not only represent a substantial investment in our parish, but it will also create high-quality job possibilities for the people who live in our community.”

According to Kate MacArthur, president and CEO of the Ascension Economic Creation Corporation, “the development of this large-scale clean hydrogen project underscores our strategic geographic assets as we position ourselves to become the clean energy center of the United States Gulf Coast.” “Investments from firms like Air Products are critical to achieving significant and long-term reductions in carbon emissions.”

In the words of Adam Knapp, president and CEO of the Baton Rouge Area Chamber, “The Capital Region is at the forefront of the transitional energy sector, and Air Products’ decision to build one of the world’s largest low-carbon hydrogen projects here underscores that the region’s talent, infrastructure, and business climate are turn-key for clean energy investments on a global scale.” Our partners in Ascension Parish deserve to be congratulated, and we are looking forward to working with them to assist Air Products.”

It follows Air Products’ announcement in June 2021 that it would build a multibillion-dollar net-zero hydrogen energy complex in Edmonton, Alberta, Canada, as well as its previous announcement of a green ammonia production facility joint venture in NEOM, Saudi Arabia powered by renewable energy for the production and export of carbon-free hydrogen to global markets, both of which are scheduled to open in 2021.

“As the world leader in the production and delivery of hydrogen, we will continue to make major investments,” Ghasemi stated. “In addition to our position as the leader in gray hydrogen, our projects in Canada and Louisiana position us as the leader in blue hydrogen as a result of our efforts. As soon as the NEOM Project is operational, we will be the world leader in the production and delivery of green, carbon-free hydrogen. While the energy transition will take place in stages over several years, the megaproject we are announcing today in Louisiana will assist the state in meeting its ambitious goals while also providing new sources of blue products for customers in the United States and around the world “He went on to say more.