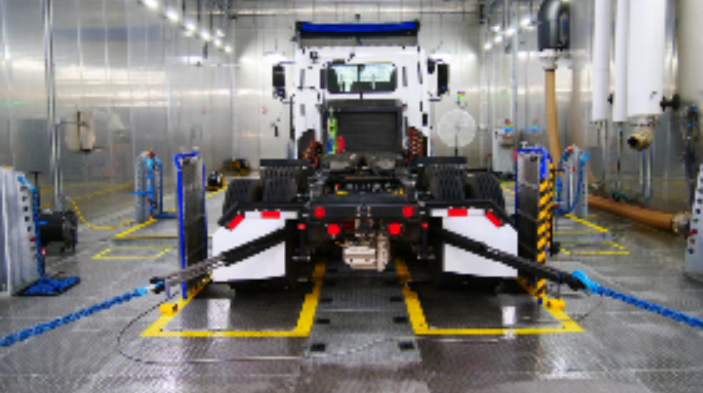 Allison has finished installing two phases of hydrogen capability as part of its plan to encourage the use of alternative fuel vehicles that cut emissions. Phase one allows for the secure detection and management of hydrogen gas or flames within the test cell. The same infrastructure can detect and control CNG power plants with equal efficacy.

Part two involves a continual flow of low-pressure hydrogen injected into the fuel cell of the vehicle, allowing for longer test runs with less need for refueling. Allison’s dedication to innovation and leadership in the field of alternative fuel alternatives for commercial vehicles is reflected in the company’s testing capabilities.

The first hydrogen fuel cell car has successfully completed testing at Allison’s Vehicle Electrification + Environmental Test Center in collaboration with one of its OEM partners. More original equipment manufacturers are planning to begin testing fuel cell vehicles before the end of the year. Vehicles fueled by diesel, gasoline, natural gas, battery electric, and hydrogen fuel cells can all be tested and validated at the facility.

Located in the heart of the Midwest, this 60,000-square-foot facility is the only one of its kind in the region, allowing for all-year testing in a controlled environment that can simulate harsh conditions. The facility’s strengths extend beyond engine innovation, allowing Allison and its partners to bring novel technologies and vehicle systems to market more rapidly and efficiently.