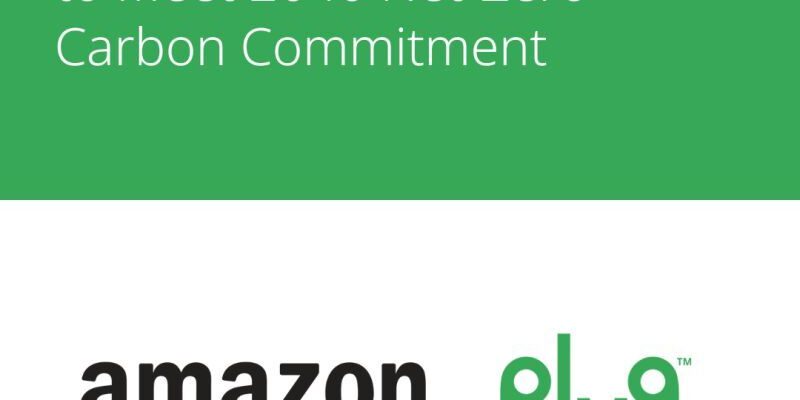 This will help decarbonize Amazon’s operations and fulfill Amazon’s commitment to be carbon neutral by 2040.

This agreement with Amazon represents a growth opportunity for Plug and is projected to contribute to the company’s revenue objective of $3 billion by 2025. This transaction validates Plug’s ambition to construct an end-to-end green hydrogen ecosystem and offer comprehensive hydrogen solutions to its global customers.

“By building a complete hydrogen ecosystem from molecule to applications combined with a resilient network of green hydrogen plants around the world — we have made hydrogen adoption easy,” said Andy Marsh, CEO of Plug. “Landing a green hydrogen supply deal with a customer like Amazon validates our multi-year investment and strategic expansion into green hydrogen. We are excited to expand our relationship with Amazon in exploring the use of other hydrogen applications, such as fuel-cell electric trucks and fuel-cell power generation stations that could provide electricity to Amazon buildings and the deployment of electrolyzers in fulfillment centers.”

“Amazon is proud to be an early adopter of green hydrogen given its potential to decarbonize hard-to-abate sectors like long-haul trucking, steel manufacturing, aviation, and ocean shipping,” said Kara Hurst, vice president of Worldwide Sustainability at Amazon. “We are relentless in our pursuit to meet our Climate Pledge commitment to be net-zero carbon across our operations by 2040, and believe that scaling the supply and demand for green hydrogen, such as through this agreement with Plug Power, will play a key role in helping us achieve our goals.”

The green hydrogen supply agreement is a continuation of Amazon and Plug’s combined efforts to expand the use of green hydrogen beyond material handling. Plug has assisted Amazon in installing over 15,000 fuel cells to replace batteries in forklifts across 70 distribution locations since 2016.

If Amazon spends $2.1 billion over the seven-year life of the warrant on Plug products, including but not limited to electrolyzers, fuel cell solutions, and green hydrogen, the warrant will become fully vested. The agreement is described in a Current Report on Form 8-K, which can be found on the SEC’s website at www.sec.gov.