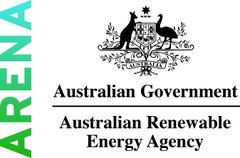 Following the implementation of new regulations by the Australian Government, the Australian Renewable Energy Agency (ARENA) will be tasked with supporting next-generation technologies, such as clean hydrogen and carbon capture and storage, in order to reduce emissions in the country.

The Australian Renewable Energy Agency (ARENA) was established in 2012 with the goal of improving the competitiveness of renewable energy technologies and increasing the supply of renewable energy. This goal has since been broadened, and the agency’s mandate has now been expanded.

A major role in stimulating investment that will aid in the achievement of the Australian Government’s Technology Investment Roadmap, stretch goals, as well as energy efficiency measures, will be played by ARENA starting today as a result of the new regulations.

The roadmap identifies five new and emerging technologies in which the government should prioritize its investment. Clean hydrogen, long-duration energy storage, low-carbon materials, carbon capture and storage, and new measurement technologies are among the technologies that have been identified so far.

Angus Taylor, Minister for Energy and Emissions Reduction, commented on the ARENA decision, saying, “Bringing new, low-emission technologies to economic parity as soon as possible is the only way to reduce emissions without imposing new costs on households, businesses, or the economy.”

“Through this change, ARENA will be able to support technologies that reduce emissions across the board in all sectors of the economy.” A broad range of businesses, peak bodies, and climate change organizations, including the Business Council of Australia, the AiGroup, the National Farmers Federation, ClimateWorks Australia, and the Investor Group for Climate Change, have endorsed these reforms. ARENA has also expressed support for the reforms, which have received widespread industry support.

With today’s announcement, the Australian Government builds on its previously announced $1.4 billion in funding for AREA, which will be used to support new and emerging technologies. Furthermore, ARENA was awarded a total of $192.5 million to carry out the following programs:

$71.9 million will be used to support the development of new electric vehicle charging and hydrogen refueling infrastructure.

$24.5 million will be invested to increase productivity and reduce emissions in Australia’s heavy vehicle fleets.

These programs will result in the creation of at least 1,400 jobs and the reduction of 16.5 million tonnes of CO2 emissions.