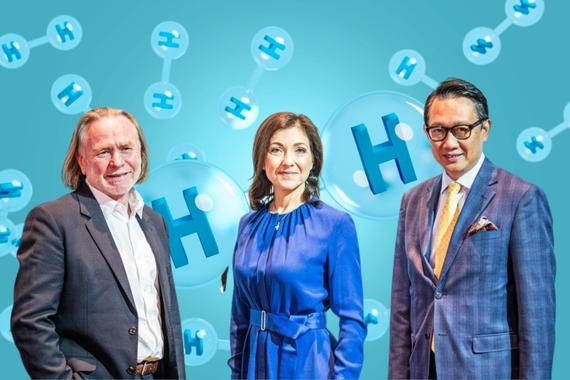 Another reason for prospective collaboration, according to Green, is that German businesses can give the technology needed by project developers in Australia to create hydrogen facilities.

Indonesia has a large renewable energy capability and wants to expand its green energy deployment. It will need capital for this, and it is currently in advanced negotiations with a German investor.

The National Hydrogen Strategy sets a goal of producing 500,000 tonnes of clean hydrogen annually by the end of the decade, but many experts believe that the country will need to import up to 80% of the green hydrogen to meet demand on the domestic market due to a lack of solar and wind power generation areas.

Berlin is contemplating imports from Australia, the Gulf area, Saudi Arabia, Scotland, and Ireland to ensure a sufficient supply.

Katherina Reiche, the chairperson of the National Hydrogen Council, said that Germany’s hydrogen sector is inventive, with businesses like Thyssenkrupp AG’s hydrogen unit Nucera and start-ups like hydrogen generator manufacturer Enapter AG. According to Reiche, the federal government should build a political framework for hydrogen and promote the industry in addition to international alliances.