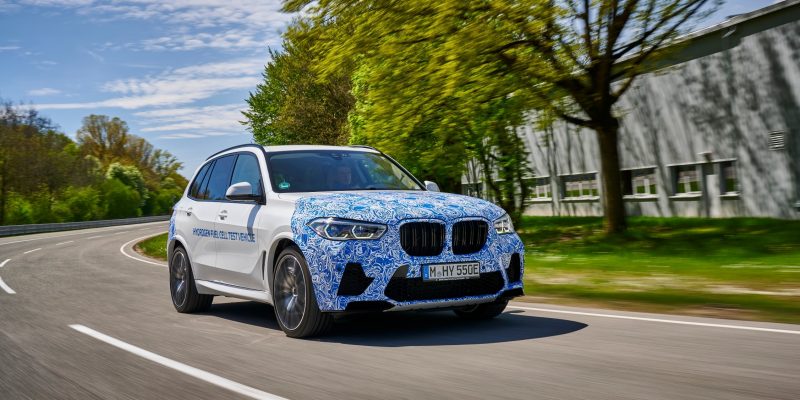 BMW I Hydrogen NEXT prototypes will be used to evaluate how well the CO2-free drive train, model-specific chassis technology, and vehicle electronics systems operate together in real-world settings. The BMW I Hydrogen NEXT is a pure electric vehicle that runs on hydrogen and is powered by a fuel cell. The recently initiated testing program will pave the road for the BMW Group to introduce a small-series car equipped with this sustainable propulsion technology in late 2022. Extensive field testing of these cars will provide valuable insight into the practical application of this sustainable driving technology.

Hydrogen fuel cell technology has the potential to eventually supplement internal combustion engines, plug-in hybrid systems, and battery-electric vehicles as part of the BMW Group’s goal for a flexible drive train. It may become a viable option to battery-electric drive trains – particularly for consumers who lack access to their own charging infrastructure or who routinely travel great distances.

“Hydrogen fuel cell technology can be an attractive option for sustainable drive trains – especially in larger vehicle classes,” according to Frank Weber, member of the Board of Management of BMW AG responsible for Development. “That is why road testing of near-standard vehicles with a hydrogen fuel cell drive train is an important milestone in our research and development efforts.”

As with the fuel tank of a normal combustion-engine vehicle, the BMW I Hydrogen NEXT’s hydrogen tank can be filled in three to four minutes with a fuel that provides several hundred kilometers of range in all weather situations.

The fine-tuning of the software that governs all driving and operating operations is a critical component of the BMW I Hydrogen NEXT road testing currently underway. Hundreds of test runs on test benches have previously been completed on the fuel cell system, hydrogen tanks, performance buffer batteries, and central vehicle control unit. This functional testing is being followed by road testing. The rigorous program, which is undertaken in real-world conditions and involves thousands of kilometers of driving in real-world traffic circumstances, assists development engineers in validating the efficiency, safety, convenience, and dependability of all components. Simultaneously, the test series is meant to assure the characteristic driving experience associated with BMW models – even while operating on locally emission-free hydrogen fuel cell technology.

The BMW I Hydrogen NEXT is powered by fuel cells developed in collaboration with Toyota Motor Corporation. Toyota supplied the individual cells, while the BMW Group developed the fuel cell stack and whole propulsion system. Through an intense exchange of experience, the 2013 collaboration aims to optimize the everyday usability and scalability of hydrogen fuel cell technology for application in each company’s individual production vehicles.

The BMW I Hydrogen NEXT’s integrated drive system blends hydrogen fuel cell technology with BMW’s fifth-generation eDrive technology, which is already available in the BMW iX3 and will shortly be available in the BMW iX and BMW i4. The fuel cell generates energy as a result of a chemical reaction between the hydrogen carried by the vehicle and the oxygen in the surrounding air. This produces 125 kW/170 horsepower of electrical power. Below the fuel cell, an electric converter matches its voltage to that of the electric motor that powers the BMW I Hydrogen NEXT.

Additionally, energy stored in a performance buffer battery is employed for dynamic acceleration maneuvers and brief bursts of speed during overtaking. As a result, the system produces 275 kW/374 hp, which is identical to the most powerful six-cylinder in-line petrol engine now employed in BMW cars – ensuring the brand’s legendary driving dynamics.

The performance buffer battery stores energy efficiently during driving by recovering energy from coasting overrun and braking phases. The hydrogen required to power the fuel cell is kept in two 700-bar carbon-fibre reinforced plastic (CFRP) tanks with a combined capacity of six kilos. It creates energy through a finely controlled reaction with oxygen in the fuel cell, while the drive train emits only water vapour.