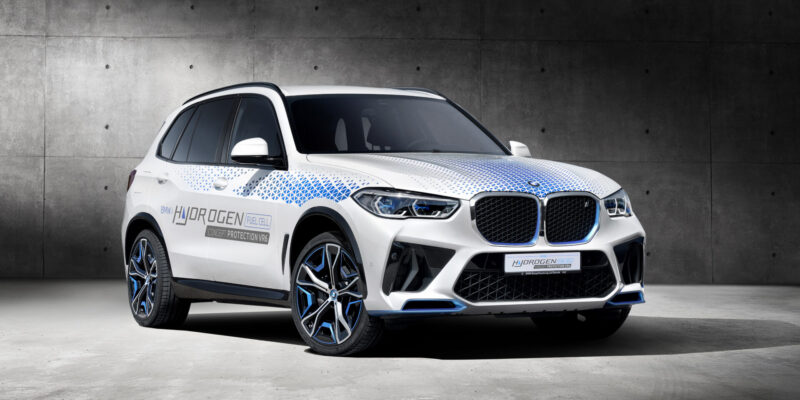 The BMW iX5 Hydrogen’s fuel cell technology is something that BMW intends to start producing. The firm wants to gather expertise with this in order to maintain the prospect of selling more of these automobiles in Asia in the near future.

BMW announces the beginning of work on its hydrogen vehicle. Together with Bavarian Prime Minister Markus Söder, CEO Oliver Zipse aims to begin manufacturing the fuel cell system for the BMW iX5 Hydrogen today in Garching. The automaker hopes to gather experience with the small series and maintain the prospect of selling such vehicles in Asia in bigger numbers: “We are already thinking about a possible next generation,” Zipse stated at the beginning of August while presenting the half-year balance statement.

The “missing component of the jigsaw” is hydrogen

BMW plans to sell 50% of its battery-powered vehicles by 2030, but it is not placing all of its eggs in one basket due to a lack of raw materials and insufficient charging infrastructure. According to Zipse, hydrogen is “the missing piece of the e-mobility puzzle that can complete where battery-electric drives will not triumph.”

Small series won’t be offered for sale at first

Toyota orders its iX5 hydrogen fuel cells from BMW. These will be put together in Garching, and starting at the end of the year in Munich, they will be equipped with the intricate hydrogen tanks and the internal electric motors in the Spartanburg-supplied bodywork. Less than 100 cars make up the tiny series, which won’t be sold or leased but will instead be evaluated by drivers in Germany, France, the United States, Japan, Korea, and China.

Hydrogen in Germany is “fairy tales about the future”