Bosch found that 41% of global respondents think hydrogen and fuel cells will be the biggest drivers of sustainability in the future, tied with climate engineering.

The Bosch Tech Compass 2023 measured global attitudes toward technology. 83% of respondents believe future technology will help fight climate change, up from 76% in 2022.

The study also indicated that 33% of individuals worldwide believe hydrogen/fuel cells will make a “very good” contribution to society, trailing only biotechnology and climate engineering at 37% and 36%.

After Russia invaded Ukraine, jeopardizing energy security, Germany led the European hydrogen charge in 2022. By June 2022, Russia supplied 26% of the nation’s gas, down from 55% in 2021.

Numerous transactions and projects are expected to integrate hydrogen into the country’s energy supply in the mid- to long-term, despite its unlikely role in short-term energy security.

The Canada-Germany Hydrogen Alliance, founded in August 2022, aims to export Canadian hydrogen to Germany by 2025.

Hydrogen and fuel cells were the second most popular technology in the UK, behind climate engineering, with 44% feeling it will have a beneficial influence.

UK instability ruled 2022. Despite the Government’s April declaration that its low-carbon hydrogen production capacity objective has been raised from 5GW to 10GW, the industry has called for further hydrogen policy support.

Hydrogen in the UK still needs improvement, from mandates for hydrogen-ready boilers to storage and transportation business models to calls to rethink the hydrogen policy.

Despite the apparent instability and calls for more movement, there have been numerous Government back funding programs to develop hydrogen-based technologies and major announcements from companies like bp, which submitted a bid for its proposed large-scale green hydrogen production facility in Teesside. 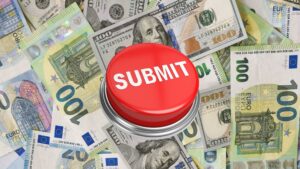