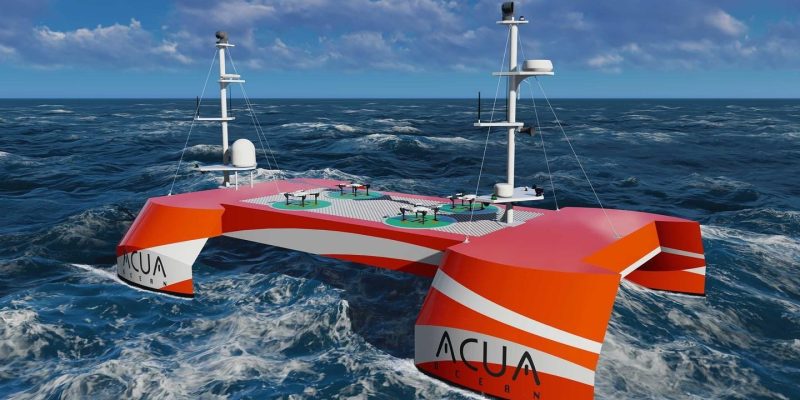 In March 2022, Factory Acceptance Testing was conducted on the prototype systems as part of the Clean Maritime Demonstration Competition, which was financed by the Department for Transport and delivered in cooperation with Innovate UK.

ACUA has been working under a Connected Places Catapult Transport Research Innovation Grant (TRIG) to automate the onboard hydrogen systems, giving both improved safety and decision-making processes.

The vessel has a high level of redundancy at sea and was built to operate in open ocean conditions in collaboration with Lloyd’s Register and industry regulators. The ACUA Ocean vessel provides a robust platform for the deployment of sensors and payloads for a variety of ocean monitoring and protection applications.

Commenting on the announcement, ACUA CEO Neil Tinmouth said, “Working with Lloyd’s Register and Ad Hoc Marine Designs has enabled us to ensure the vessel aligns with regulatory standards and operational requirements. As the adoption of net-zero propulsion systems accelerates so we see a clear strategic advantage as the first to market.”