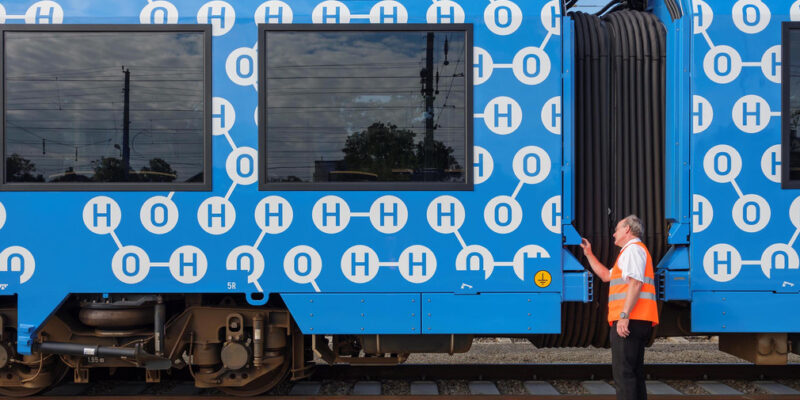 Budweiser in the United Kingdom has announced its desire to investigate methods to run its Magor facility in South Wales on green hydrogen.

Budweiser has partnered with Protium to investigate the use of zero-emission green hydrogen at the Magor brewery in South Wales, one of the country’s largest brewers.

The brewery’s production as well as its essential logistical assets, including as heavy goods vans (HGVs) and forklift trucks, will be powered by hydrogen.

The utilization of hydrogen-fueled solutions seeks to supply Magor Brewery with clean onsite electricity, demonstrating Budweiser Brewing Group’s commitment to a more sustainable future for the larger industry if successful.

AB InBev has established global sustainability targets for 2025, including sourcing 100 percent of its power from renewable sources throughout its global operations.

“I am extremely happy this initiative is taking place right here in Wales,” Lesley Griffiths, minister for rural affairs and North Wales and Trefnydd, said.

“The Welsh Government has made tackling climate change a priority, and this initiative at a major employer in the industry will be critical to our efforts.” It also has the potential to generate new employment and exciting possibilities for years to come in the area.”

The green hydrogen will be produced at Protium’s hydrogen production facility (HPF), which is next to the brewery, using Budweiser Brewing Group’s current wind and solar assets.

From 2027, the facility will comprise a battery, hydrogen storage unit, and hydrogen refueling station for heavy-duty vehicles, saving about 15,500 tonnes of CO2.

Protium’s own renewable energy electricity (solar and wind) from the surrounding region will also be used to power the plant.

“As a company, we are committed to continuously exploring technology that can help us meet our ambitious 2025 sustainability goals,” said Mauricio Coindreau, head of sustainability and procurement at Budweiser Brewing Group. “The key focus of this project is to ensure the efficient operation, application, and sustainability advantages of green hydrogen.”