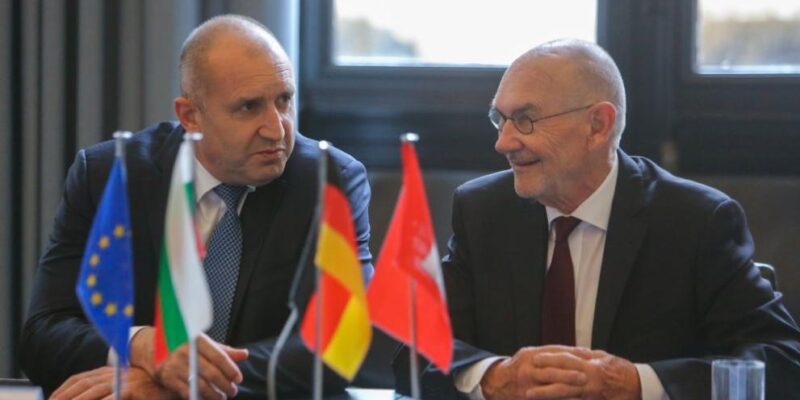 Germany, as Europe’s leading industry, would require a large amount of hydrogen in the future, and Bulgaria may generate “green” hydrogen, according to Bulgarian President Rumen Radev, who spoke in Hamburg, Germany. Diversification of gas and oil sources is an urgent concern for Bulgaria and Germany, according to Bulgaria’s president, but green options, including hydrogen, must be pursued in the long run.

President Radev underlined the benefits of investing in Bulgaria, including low taxes and a highly skilled workforce, during his discussion with the Hamburg Chamber of Commerce.

In the church of “St. Cyril and Methodius,” President Radev met with members of the Bulgarian community. Professor Dr. Gerd-Winand Imeyer was awarded the Presidential Badge of Honor by Bulgaria’s president of state for his outstanding contributions to strengthening the political and economic discourse and cooperation between Bulgaria and Germany.

Professor Imeyer is the Honorary Consul General of Bulgaria in Hamburg, Schleswig-Holstein, Lower Saxony, and Bremen. He has been actively supporting the formation and activities of a variety of Bulgarian citizen groups in Germany for over 30 years.