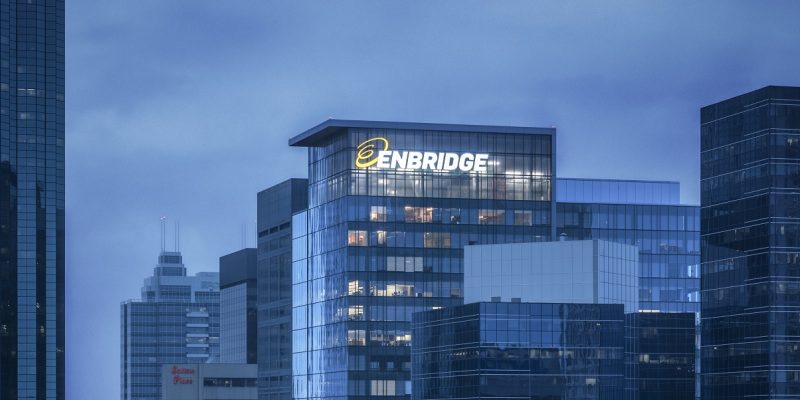 Enbridge has signed low-carbon fuel agreements with Royal Dutch Shell and Vanguard Renewables as part of its efforts to reduce greenhouse gas emissions.

Enbridge will purchase 2 billion cubic feet (bcf) of renewable natural gas (RNG) from Vanguard each year, and will work with Shell on green and blue hydrogen generation.

Companies that purchase RNG from Enbridge will get carbon offsets, said to spokesperson Jesse Semko.

Enbridge aims to be a net-zero emitter by 2050, after setting emission-reduction goals in November.

Vanguard said it will acquire RNG from eight anaerobic digesters it plans to develop and manage in the United States’ Northeast, Southeast, and Midwest for $200 million.

When gas is collected from food waste, manure, or landfills and converted into transportation or heating fuel, RNG is created.

According to Caitlin Tessin, Enbridge’s director of market innovation, the experiment may be replicated across the United States, and the company’s RNG sales might quadruple in a few years.

If natural gas prices continue to rise, demand for RNG, which typically trades at a premium, may increase even more, Tessin said in an interview.

Enbridge will invest $100 million in technology to convert food waste and agricultural manure gas into pipeline-quality renewable natural gas, which it will sell to consumers in the United States.

Food waste is being sent to Vanguard for processing into RNG by Starbucks Corp and Unilever Plc, the creator of Ben & Jerry’s ice cream.

Enbridge and Shell have agreed to work together to investigate hydrogen production options.

According to Matthew Akman, Enbridge’s senior vice president of strategy, renewables, and new energy, the firms are also seeking to build a carbon-capture and storage center in southern Ontario, where there are a lot of industrial emissions and potential storage.

“That’s the type of situation where we can all work together to turn up the volume and get things moving….” We’re really thrilled about it,” Akman added, without providing any further information.

As part of its effort to reduce emissions, the Canadian government is aiming to give incentives for at least two huge new carbon-capture and storage centres by 2030.