The first public testing service platform for hydrogen energy goods in China, To High Hydrogen Testing, had an online launch conference on December 27.

China’s hydrogen energy sector has experienced rapid growth ever since the “double carbon” aim was put forth in 2020. The domestic hydrogen energy business has challenges due to high building costs, challenges with hydrogen storage, and a lack of hydrogen energy applications and testing standards. Strengthening industrial chain cooperation is being accepted by the industry as a solution to contemporary problems.

The public opening of To High’s testing indicates that the upstream and downstream industrial chains of China’s hydrogen energy industry are gradually expanding and deepening their cooperation.

To High was established in 2016 and launched in full in June 2018. It contains 12 high-standard laboratories and more than 240 pieces of diverse high-precision equipment from Europe and the United States, covering a total area of nearly 20000 square meters. It is the first and top public testing service platform for items utilizing hydrogen energy in China.

Industry experts predicted that To High’s official opening of its hydrogen energy product full-chain public testing service platform would nurture the entire industry and empower the upstream and downstream of the hydrogen energy industry. This prediction was based on the accumulation of 4 years’ worth of 300,000+ hours of safe hydrogen operation and testing experience. 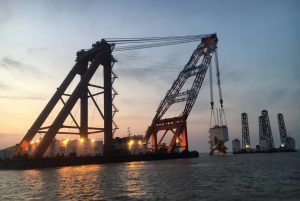