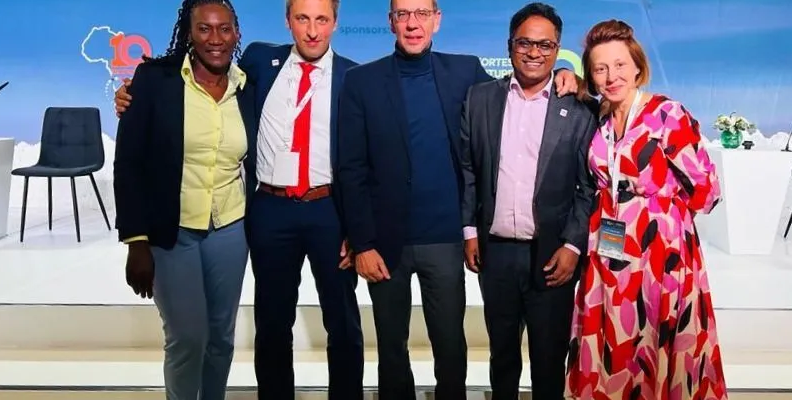 The JCOI / PTX fund will help Cleanergy Solutions Namibia, a partnership between CMB.TECH and the Ohlthaver & List (O&L) Group, build a hydrogen pilot plant and refueling station on the coast of Namibia.

The conference was held last week in the nation’s capital, and the award was presented there. The conference, co-sponsored by Cleanergy Solutions Namibia, welcomed attendees and presenters from all around the world.

“Walvis Bay will become the first hydrogen port in Africa. To kickstart the hydrogen economy it’s key to produce and deliver green hydrogen at an affordable cost. Thanks to the grants it will become economically advantageous for local Namibians to use these new fuels and get acquainted with the technology,” said Roy Campe – Chief Technology Officer (CTO) CMB.TECH.

The German Federal Ministry of Education and Research (BMBF) has granted the Government of Namibia 30 million Euros to fund four separate initiatives, as reported by Eike Krafft, Group Director: Innovations at the O&L Group.

“One of these four projects include our Cleanergy pilot plant and refuelling station. We plan to be up and running at the end of 2023. We are immensely proud of this initiative which is a first in Namibia. With our training centre we want to upskill Namibians to kickstart the hydrogen economy in Walvis Bay,” said Eike Krafft – Group Director, Innovations at the O&L Group.

Countries around the world are working to decarbonize their industries and steer their economies toward a better energy future, and green hydrogen has been praised as a crucial carrier of non-fossil energy.