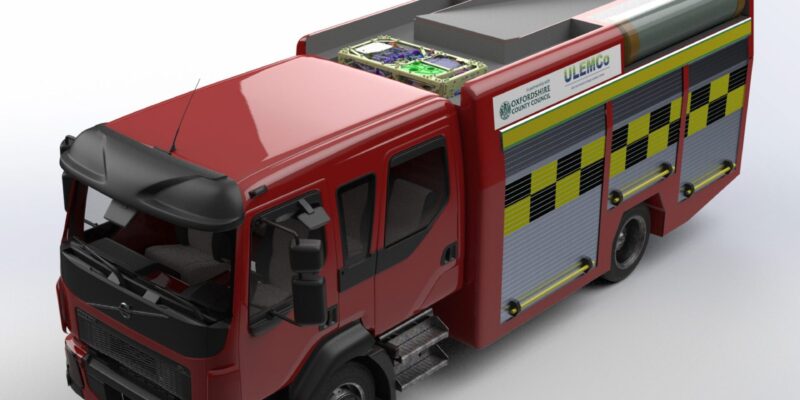 Zero-emission battery electric fire tenders, when combined with hydrogen fuel cells and a minimum of 8 kg of onboard hydrogen fuel storage, will meet today’s demands for flexibility, emergency response, and water pumping.

This will be especially useful in rural and semi-urban services, as well as for specialist HGVs with power take-offs, where batteries alone will not meet the application’s overall energy needs.

That is the conclusion of ULEMCo, the hydrogen fuel pioneer, who collaborated on the study with Oxfordshire County Council and its Fire and Rescue Service. The findings are significant not only for the deployment of fully operational fire engines throughout the United Kingdom, but also for other specialist vehicles that require significant power take-off in their operations.

The real-world energy requirements of fire appliances, including the EN1486 requirement for four hours of water pumping energy, confirmed that 8kg of hydrogen combined with a Toyota Gen2 fuel cell range extender would be enough to extend the range of a 220kW battery-powered base vehicle. The operation’s “always ready” and rapid response requirements require a combination of stored energy in the batteries and hydrogen fuel that can be refueled quickly.

A second finding of the study is that this onboard energy strategy incorporating hydrogen fuel could be implemented within existing vehicle designs without compromising equipment installation, potentially speeding up the deployment of zero-emission vehicles in these applications.

The existing fire station locations in Oxfordshire were assessed as part of the project, and options for hydrogen refueling locations were proposed that would not only allow the engines to refuel cost effectively, but also provide space for the rest of the Oxfordshire public sector fleet. The key was identifying areas where consolidated demand would exceed 200 kilograms per day, allowing hydrogen infrastructure investors to supply hydrogen at a price per kilogram comparable to existing fuels and ownership cost models.

Following the study, Oxfordshire Council is assessing the logistics of establishing a hydrogen refueling infrastructure with the Oxfordshire Fire Service, which oversees a county-wide service that includes both the City and the wider urban, semi-urban, and rural areas of Oxfordshire. 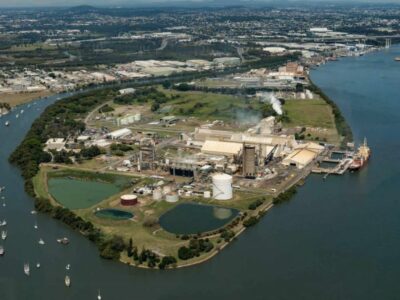