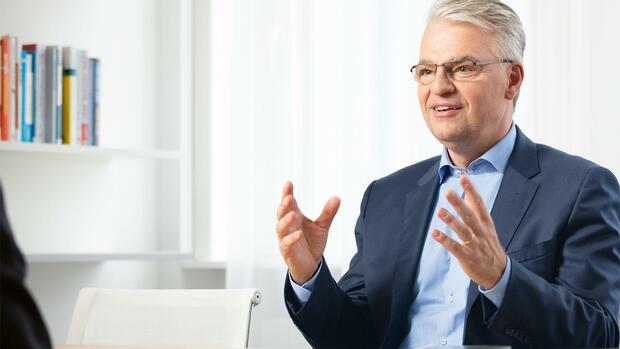 In an interview with wiwo, Roland Harings, CEO of Aurubis, Europe’s largest copper producer, has devised a contingency plan in the event of a gas shortage. What does hydrogen have to do with it, and how do growing metal costs affect it.

Mr. Harings, in the federal government’s gas emergency plan, Economics Minister Robert Habeck has designated the early warning level. A switch-off sequence is currently being developed. How do you deal with change?

Roland Harings: We have Group-wide contingency plans that are evaluated and changed as needed based on the current circumstances, and our Group-wide professional crisis management team has convened on a regular basis since the commencement of the war.

So far, you haven’t experienced any natural gas supply issues?

No, however, it is impossible to predict how the scenario would unfold. There have been no supply constraints for Aurubis so far, owing to the fact that deliveries are now reliable and that Russian gas is utilized sparingly at our big European facilities outside of Germany. However, if the federal government declares the highest degree of emergency after triggering the early warning level, gas supplies in many businesses would most likely be limited or interrupted, which will, of course, have an influence on our plants’ energy supply.

Do you fear that your gas supply may be interrupted?

We anticipate that gas will continue to be delivered to vital industries, particularly the basic sector at the start of the value chain, which is required for areas that are critical to society, such as energy and medical technology. A wind turbine alone necessitates the use of 30 tons of copper. So there will be no decarbonization without the copper sector.

And what does the impending raw material supply crisis entail for you as a “multi-metal supplier”? How much is the nickel shortage affecting you?

We make metals, including nickel, from concentrates and recycled materials; the nickel shortage has had an impact on us since the nickel trade was temporarily halted in mid-March owing to the scarcity and price rises. However, the present spectrum of input materials – concentrates as well as recycling material, such as scrap – is extremely good, and we can supply ourselves with adequate resources to create high-purity metals and contribute to Europe’s circular economy.

Everyone now exclaims, “Get off the gas!” Last year, you experimented at your Hamburg factory to see if the copper melt in the anode furnace could be handled with hydrogen instead of natural gas. What is your takeaway from the test series: Can hydrogen be used to replace natural gas?

The use of hydrogen in industrial production works without sacrificing quality, according to the good results of a series of experiments conducted at our Hamburg factory. The furnaces, on the other hand, would have to be expanded.

Because hydrogen is not currently accessible at reasonable costs, quick conversion and usage of the systems are not conceivable for the time being. However, we need assistance not just for investment expenses, but also for operational costs (OPEX) – for example, through Carbon Contracts for Difference: i.e. support and investment security for climate-friendly conversion in industry, in order for the economic operators to be conceivable at all.

So you’re hoping for governmental assistance in making the switch from natural gas to hydrogen?

Except for hedging through the aforementioned Carbon Contracts for Difference, it doesn’t work in my opinion.

What does a contract for difference look like in practice?

The Ministry of Economic Affairs is still in charge of the model’s specific design, and we’re getting conflicting messages. Of course, we believe that the role of the copper sector, namely the multi-metal processor, as a crucial industry for securing raw materials in Germany, should be adequately considered.

When will it be feasible to convert anode furnace output to hydrogen, such as at your Hamburg plant?

Complete conversion is not possible in the short term, but it is possible in the medium term – in the years 2026 and 2027 – if hydrogen is cost-effective. Because our systems operate 24 hours a day, the only way to make such a switch is to do a big maintenance shutdown at regular intervals.

Would you invest and push the transition even if there wasn’t a contract for difference?

Yes, these investments are required to satisfy our self-imposed sustainability targets, but they could most likely be hastened through contracts for difference. However, as a result of the protracted conflict in Ukraine, we are today confronted with new framework circumstances that, first and foremost, need clear and right political backing.

You place a premium on the economics of the hydrogen supply. You and other German firms signed a statement of intent with the Abu Dhabi National Oil Company in Abu Dhabi (ADNOC). On a trial basis, Abu Dhabi will deliver blue ammonia. Why don’t you demand green hydrogen instead?

We aim to be climate-neutral by long before 2050, therefore we’re looking into additional ways to reduce CO2 in copper production besides hydrogen. It’s critical to get started since the color “blue” already denotes a large reduction in CO2 emissions. That has to be our turning point.

In principle, Europe will be unable to survive in the future without energy imports, preferably renewable hydrogen. Green ammonia and hydrogen will be supplied by Abu Dhabi, however, this is not yet viable. We’re currently working on proving the technology’s viability and putting it into production. By the way, compared to hydrogen, ammonia is both easier to transport and more storable.

When can we really expect an adequate supply of green or blue hydrogen?

In this decade, it’s unlikely to be enough. This, however, is contingent not only on technological viability but also on political and infrastructural circumstances that have yet to be resolved. For example, Hamburg plans to establish a hydrogen industrial network with an initial length of 60 kilometers by 2030 – in the first stage – by converting existing gas lines that can serve energy-intensive industries like Aurubis south of the Elbe with green hydrogen. Of course, we appreciate it.

How will the gas crisis, looming shortages, and high pricing influence your plan to switch to hydrogen instead of natural gas?

Costs are growing for a variety of energy sources, if not all. The cost of hydrogen is determined by the price of electricity, which has risen due to gas shortages. At Aurubis, we will continue to push the replacement of fossil energy, including hydrogen; but, this was also our goal before the conflict and prior to growing energy costs.