Construction of £3.4M base for Grimsby’s wind farm completed

Contractor Tolent has handed over the new build on Royal Dock to Innogy’s Triton Knoll team.

Once fully fitted out, the operations and maintenance facility will become the long-term regional home for a team of skilled technicians and support staff, responsible for maintaining the offshore wind farm for the next 25 years.

Built across almost four acres of quayside, it features an open plan office space, complete with a control room, meeting rooms, canteen, and gym, with associated showers and locker rooms, as well as a new warehouse facility that includes a workshop area and storage facilities.

“It’s a great new facility, a great job by Tolent, and represents the start of another exciting phase for Triton Knoll. With the construction work now complete, we can now look forward to welcoming the team formally into a brand new, purpose-built, and dedicated facility that will sit at the heart of our future operations. This building gives us a great facility from which to strengthen our long term presence in Grimsby, where we are already preparing to receive our first new apprentices later this year, and are recruiting a new and predominantly local team to support the project.”

A new radio mast has been installed to enable communications with the project’s offshore operations teams, as well as a temporary modular building that is already accommodating the construction team during the current phase of works to build the wind farm.

The second of two offshore substations has just been installed, with export cable laying continuing and monopile and transition pieces also emerging for the 90 9.5MW turbines to be installed next year.

“We are extremely proud of our teams who have persevered through recent challenging times to ensure this project could be delivered ahead of time for our client. Our work across the industrial and commercial sectors has seen us deliver award-winning projects across a variety of sub-sectors including warehouse and distribution, manufacturing, energy, waste, and offshore. This will be a fantastic addition to our ever-growing portfolio.”
John Currie, regional director for North East-based Tolent.

Work began last July on what had been anticipated to be a 12-month build.

Final fit-out works are still to be completed, with the building – between ABP’s Port Office and Orsted’s East Coast Hub – to accommodate a team of people from Innogy, responsible for maintaining the wind farm long-term, and the project’s lead wind turbine contractor, MHI Vestas.

A total of 70 new jobs are anticipated, with a number already created, including four wind turbine apprenticeship positions. 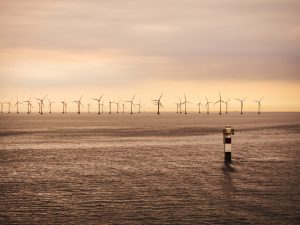 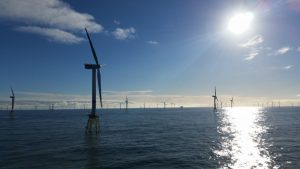 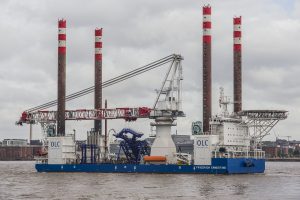