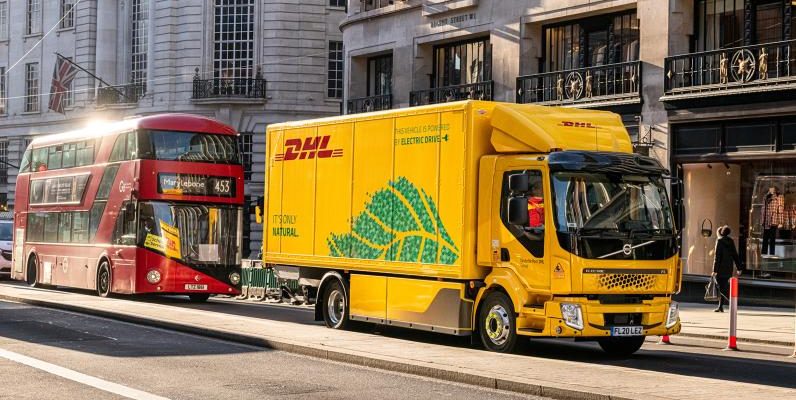 Between Breda in the Netherlands and Brussels, Belgium, the Deutsche Post subsidiary DHL Express aims to utilize a hydrogen-powered vehicle in the future.

The pilot initiative is part of a larger financing effort called H2-Share, which is partially funded by the European Union.

The DHL Group claims that the purpose of the test is to obtain practical experience with hydrogen trucks. According to the corporation, the potential of hydrogen in heavy-duty transportation will be examined later based on the information obtained.

Apple items will be carried as part of the manageable test experiment. Overall, the project is expected to save up to 350 tons of CO2. The hydrogen truck, on the other hand, is operated by the Dutch freight forwarder Nassau Sneltransport, not by the Post subsidiary.

VDL, a Dutch bus manufacturer, provided the fuel cell technology utilized in the trial project. It also manufactures electric buses for usage in a number of major German cities.

Deutsche Post claims in a news statement that while battery-powered cars may be utilized for parcel delivery, CO2-neutral fuels like hydrogen are essential for long-distance transportation.

This strategy is now being pursued by a number of truck manufacturers. For example, the commercial vehicle maker Daimler Truck recently stated that it will work with Total, a French mineral oil corporation, in the future to buy hydrogen and produce appropriate trucks.

Total wants to install up to 150 hydrogen filling stations in Germany, the Netherlands, Luxembourg, and France as part of the collaboration by 2030. By 2025, Daimler Trucks expects to deliver hydrogen-powered trucks in these markets. Simultaneously, the truck maker is collaborating on hydrogen fuel cell development with competitor Volvo.

Hydrogen energy is not an alternative to the climate crisis