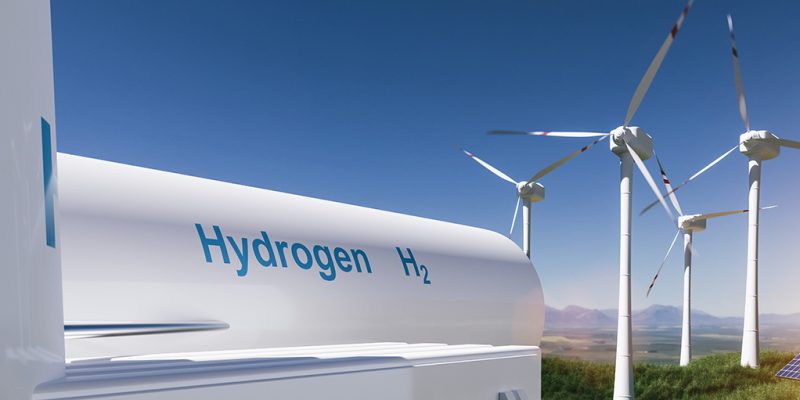 According to research done by DNV for the NGO Clean Air Task Force (CATF), replacing current grey hydrogen production with low-carbon or green hydrogen alone may halve industrial emissions in the Netherlands by 60%, although this would require a hastening of legislative support.

Recent policy announcements should help to correct the Dutch emissions reduction trajectory, even though they do not yet have the power to boost the H2 economy.

The regulations put in place to assist carbon capture and storage (CCS) in the Netherlands have so far been successful in promoting industrial decarbonization, according to DNV, an independent energy expert and assurance provider.

Despite being available in amounts that might support a healthy market, DNV has discovered that neither blue nor green hydrogen is now adequately encouraged by policy mechanisms to inspire confidence in investors and industry. But if put into action, a recently planned revamp of the hydrogen subsidy program might jump-start the hydrogen industry and quicken the decarbonization process.

The Netherlands mandates that its domestic businesses cut GHG emissions by 59%[1] by 2030 and achieve climate neutrality by 2050 in order to promote the energy transition. The task facing the Dutch sector is to reduce carbon emissions in accordance with the NDC (Nationally Determined Contribution) to the Paris Agreement (NDC) while preserving its competitiveness abroad.

The adoption of policy tools that give preference to well-established and affordable decarbonization options over cutting-edge technologies like green hydrogen and electrification is driven by public aspirations. As a result, the Dutch government created the Stimulering Duurzame Energietransitie (SDE++) program, a contract-for-difference program that covers the extra costs associated with adopting low-carbon technologies that are already in use or on the verge of being deployed, like CCS.

Although SDE++ support was essential in enabling CCS’s early deployment in the Netherlands and demonstrating its viability as a low-cost industrial decarbonization strategy, CCS is primarily seen as a transitional technology to prevent fossil fuel lock-in (with subsidies scheduled to end after 2035). By 2035, funded CCS projects might help reduce CO2 emissions by up to 7.8 megatons.

Effective projects have been developed thanks to cluster energy regulations, common infrastructures, and a subsidy scheme that addressed the uncertainty around the price of carbon, according to DNV. CCS policy has thus far been successful in the Netherlands.

However, despite DNV’s analysis that the sizeable amount of grey or fossil hydrogen currently produced (exceeding 6 GW) could support strong market opportunities for green or low-carbon hydrogen, hydrogen projects are not sufficiently incentivized under SDE++ to align with emission reduction targets, and their profitability remains low in the Netherlands.

Because the correction amount inside SDE++ is defined by the indexed Title Transfer Facility (TTF[2]) gas price and does not take power price into account, public support is presently insufficient to facilitate the scaling up of green hydrogen projects. Operators are now exposed to power market risks, and the existing system makes it impossible to recoup scaling expenses.

New SDE++ contract categories for more expensive technologies [3] are anticipated to be created by the government during the 2023 subsidy auctions in response to previous pronouncements. According to the DNV study, such a reform of the SDE++ scheme would encourage investment in cutting-edge technology and might fundamentally alter the Dutch hydrogen market by strengthening the economic case for green and blue hydrogen.

Furthering this suggested policy change, DNV also discovers that incorporating both gas and electricity prices in SDE++ adjustments will lessen uncertainty and increase the bankability of hydrogen.

By 2030, projects with a combined 7GW of green hydrogen capacity have already been announced. To attract investors and see these initiatives through to completion, it is necessary to be clear about the timetable and procedures of the new processes.

“The Netherlands is strategically positioned to take a leading role in the energy transition, with good offshore wind conditions close to the country’s industrial clusters, a network of some of the largest and busiest seaports in the world, and extensive natural gas infrastructures that can be used for both domestic and cross-border hydrogen and CO2 transport,” said Prajeev Rasiah, Executive Vice President for Energy Systems, Northern Europe at DNV.

“Public participation and the availability and breadth of efficient policy instruments will play a role in the success of the energy transition. Through targeted assistance, the Dutch sector has made great progress toward cost-effective decarbonization, according to our findings. While there is still room for advancement in the field of emerging technologies, the advancements we have already witnessed should motivate policymakers in the EU and throughout the globe to support and hasten the advancement of industrial decarbonization technology.

Magnolia Tovar, Global Director Zero Carbon Fuels at CATF, who played a significant role in overseeing the study on behalf of CATF, said, “These results provide us vital insights on how other European nations might look to launch their industrial decarbonization initiatives.” “We hope that our analysis will contribute to increasing public awareness of the kind of policy instruments that governments might apply in order to make progress on this long-ignored aspect of the climate crisis,” the authors write.

Will Scotland construct a ship driven by hydrogen?

Cheaper green hydrogen to be produced in La Guajira