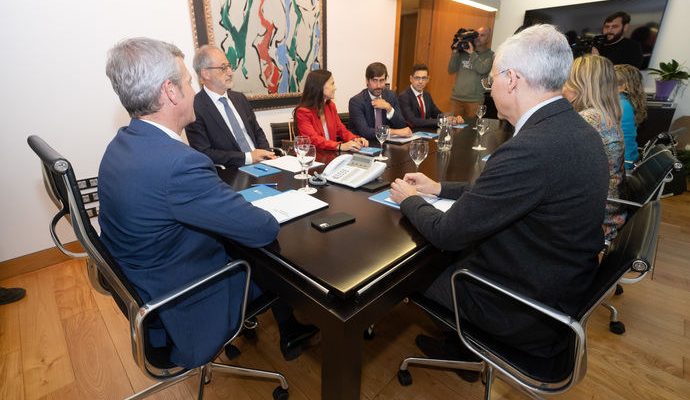 Alfonso Rueda, president of the Xunta de Galicia, has announced that Reganosa and EDP Renovables intend to build a ground-breaking renewable hydrogen production plant in As Pontes de Garca Rodrguez.

The project could cost up to 165 million euros, and it will result in the creation of 210 jobs during construction and an additional 100 jobs after each initiation, split equally between direct and induced jobs.

Thanking both businesses for their dedication to Galicia and our industry, Rueda promised that this would be the community’s first effort and that the Xunta would be involved in a Strategic Industrial Project (PIE) to help it come to fruition. Additionally, the facility, which can be expanded from its original installed capacity of 20 MW to 100 MW, will be able to create 14,400 tons of hydrogen and cut 150,000 tons of carbon dioxide emissions.

This unique number suggests a number of benefits, including processing priority, halving typical procedure timeframes, and expediting the whole urban planning and construction authorization process while retaining all technical, legal, and environmental assurances. “The Xunta, of course, will give them it,” he guaranteed. “We feel that a commitment of this significance must have the utmost backing from the Administrations.

The venture is advantageous for the city

Francisco Conde, the economic vice-president of the Xunta, and Carlos Collantes, the president and general director of Reganosa, respectively, as well as Roco Sicre, the general director of EDP Renovables in Spain, met with these individuals to discuss this proposal. In light of a disorganized energy transition that is, for instance, resulting in the impending closure of the As Pontes thermal power plant, they examined the potential project that will enable the town to become reindustrialized and, with it, bring new opportunities for the environment and for Galician industry. In this regard, he also thought of Ence’s initiative to establish a Circular Economy and Biomaterials Pole in the As Pontes de Garca Rodrguez town hall in A Corua.

Given the Xunta de Galicia’s keen interest in developing driving industries that support the growth of entrepreneurship, particularly SMEs, the president emphasized his support for the project’s promoters in their search for assistance to distribute the Next Generation Funds. In this regard, he emphasized that the central government streamlines and perfects the funding distribution, not just in this instance but in all of Galicia’s strategic projects that depend on such finance.