EDF Renewables, Enbridge and wpd have launched the Fécamp offshore wind farm after the consortium and its financial partners signed funding agreements over the weekend.

The 500MW offshore wind farm Fécamp will consist of 71 wind turbines situated between 13 and 22 kilometers from the northwest coast of France. The commissioning of the project is expected in 2023. The power generated by the wind farm would provide sufficient annual electricity to meet the power needs of 770.000 people, or more than 60 percent of the population of the Seine-Maritime department.

The construction of the project will create over 1,400 local jobs in total. Around 100 local ongoing full-time jobs located at the port of Fécamp will also be created to maintain the wind farm throughout its 25-year service life.

The overall cost of the project capital is estimated to be €2 billion, the majority of which will be funded by through non-recourse project level debt. A 20-year Power Purchase Agreement (PPA) issued by the state in June 2018 underpins the offshore wind farm at Fécamp.

The consortium has sealed equipment supply contracts with Siemens Gamesa Renewable Energy (SGRE) for the 71 wind turbines, Bouygues Construction, plus Saipem and Boskalis for its foundations, and Chantiers de l’Atlantique, plus GE Grid Solutions and SDI for the offshore sub-station.

RTE, responsible for connecting the wind farm from the substation to the coast and then to Normandy’s electricity grid, will start its onshore work in June.

The new turbine manufacturing plant at SGRE in Le Havre, which is expected to start construction this summer, will generate 750 jobs.

Production of the gravitational foundations for the wind turbines will begin at the Grand Port Maritime site this summer, providing jobs for about 600 people.

The wind turbines are to be assembled at the Cherbourg Port. Such orders come at a time when the country plans, after two months of containment, to boost its activities.

“I am delighted to announce today the construction of the second French offshore wind farm in Fécamp. I want to salute the professionalism of our teams and the mobilization of local stakeholders who have been working for years together to meet the energy and economic challenges facing the Normandy area. With already four offshore wind projects won in France and two of which currently under construction, EDF consolidates its leadership in the sector in France. We are thrilled to have contributed to the creation of an industrial sector that creates value and employment for the territories. These large-scale projects fit with EDF’s strategy, under which it aims to double its renewable energy capacity worldwide between 2015 and 2030 to 50 GW net. This is how we will build a CO2-neutral energy future as well.“

“This is a big step for offshore wind power in Normandy and for the wpd group, highly committed to this project. More than 10 years ago now, when offshore wind energy was only just starting in France, our team began a broad consultation with all stakeholders, on this excellent area for offshore wind, in order to build a real territorial project. By achieving financial & industrial closing, we can now run for the project’s construction, which will make France the 3rd country where wpd is engaged in offshore wind, after Germany & our recent achievements in Taiwan.“ 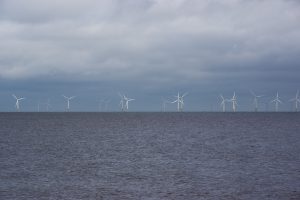 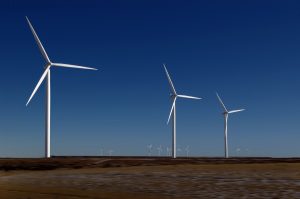 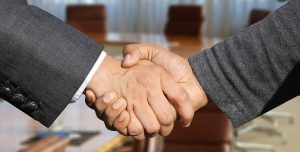