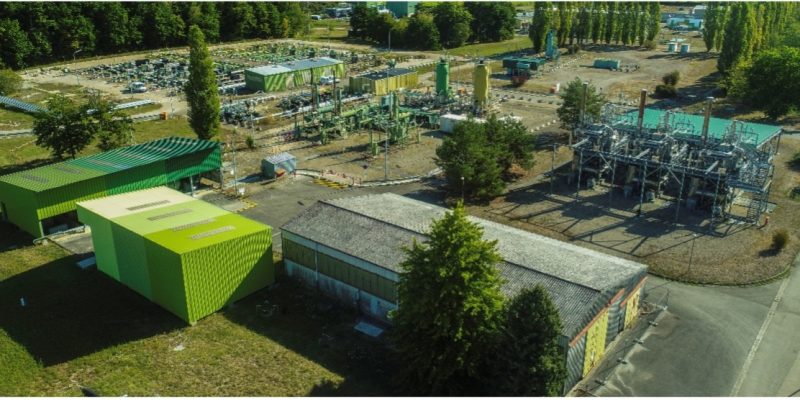 Elogen, a GTT group firm, announced that its patented membrane electrolyser technology has been selected by Storengy to store green hydrogen generated by renewable energy sources as part of the HyPSTER project.

Elogen will develop and manufacture the 1MW PEM (Proton Exchange Membrane) electrolyser, which will be installed at the Etrez facility in 2022.

HyPSTER is the European Union’s first underground green hydrogen storage project in a saline cavity. It will provide a more accurate assessment of the storage location along the hydrogen value chain.

The Etrez site, France’s largest natural gas storage facility in salt caverns in terms of capacity, will generate green hydrogen using local renewable energy (photovoltaic and hydraulic). The facility will be capable of producing 400 kg of green hydrogen daily. This production will evaluate the storage of green hydrogen at a rate of 2 to 3 tonnes per hour initially until the full capacity of the specified salt cavity, 44 tonnes, is consumed. In 2023, experiments with hydrogen storage in a saline cavity and the manufacture of green hydrogen will begin.

Jean-Baptiste Choimet, CEO of Elogen, comments: “This new contract represents an important step for Elogen as it positions us in storage, which is a strategic link in the hydrogen value chain. Storengy’s choice of electrolysis technology developed by Elogen thus demonstrates the relevance and performance of membrane technology for producing hydrogen from renewable energies, and consolidates our collaboration with this major player in natural gas storage in Europe. The HyPSTER demonstrator will play a key role in supporting the development of the green hydrogen economy in Europe and we are particularly proud to associate our innovative technology with this major project.”