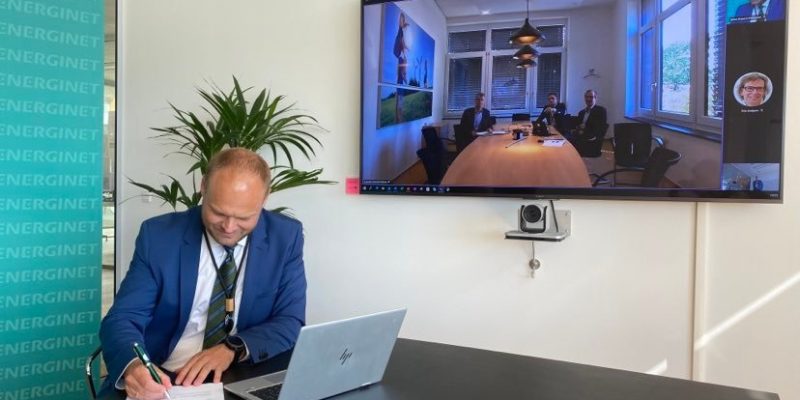 Energinet and Gasunie have signed a Memorandum of Understanding (MoU) to expedite the development of cross-border hydrogen infrastructure between Denmark and Germany.

The critical decision gates on the path to final investment decisions will also be analyzed and outlined by Energinet and Gasunie.

A techno-economic prefeasibility study conducted by Energinet and Gasunie Deutschland last year found that Denmark had the ability to meet 10-25% of future German hydrogen consumption. Since then, the Folketing has made several bold political agreements about Power-to-X and the tremendous increase of renewable energy. In light of this, Energinet has begun a feasibility study to determine whether or not it is possible to build a “hydrogen backbone” in western Denmark, complete with export facilities to Germany.

The “hydrogen backbone” between the two nations is anticipated to rely heavily on the retrofitting of preexisting gas transmission pipelines. The formation of the legal system is a continuous procedure in both nations. Due to the lack of clarity on the identity of the hydrogen network operator(s), Energinet and Gasunie have signed the MoU on behalf of the future hydrogen network operator in Denmark and Germany, respectively (s).