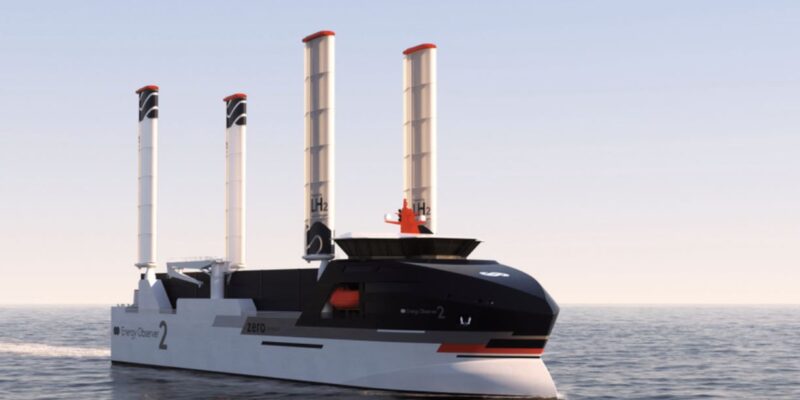 Victorien Erussard intends to prove that, after demonstrating in 2017 with the “Energy Observer” catamaran that it is feasible to travel all of the world’s oceans in absolute autonomy on water and without fossil fuels, it is able to do so again, but this time with freighters.

There are no carbon emissions, the vehicle is 120 meters long, and it can transport up to 5,000 tons of cargo. Here are the crucial data for the “Energy Observer 2,” a new demonstrator boat developed by Saint-Malo skipper Victorien Erussard for totally carbon-free travel. After demonstrating in 2017 with the “Energy Observer” catamaran that it is possible to sail in total autonomy in water and without fossil fuels on all seven seas of the world, thanks to an energy system combining water desalination, hydrogen production, photovoltaics, batteries, and smart sails, the former ecologist skipper now wants to show that it is possible to do the same for cargo ships.

In 2027, the commercial operation will begin

As a result, its goal is not mass manufacturing, but rather the development of a demonstration to “prove that it works,” as Victorien Erussard says. It will examine all direct emissions and calculate the construction’s carbon footprint. “Energy Observer 2,” which will be propelled by hydrogen and sail at a commercial speed of 12 knots, will have 1,450 m2 of sail area, which will contribute between 15 and 40% of the ship’s energy, and 4 megawatts (MW) of electric propulsion. Onboard, electricity will be generated by 2.5 MW of fuel cells driven by 70 tonnes of hydrogen stored in liquid form (-253°C) in four 1,000 m3 cryogenic tanks.