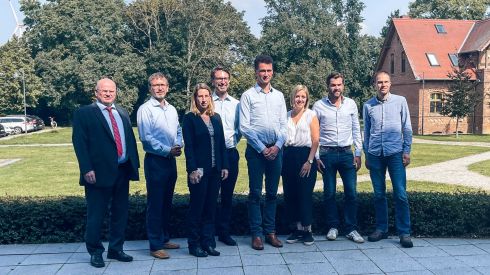 ENERTRAG, a renewable energy firm, and Sunfire, an electrolysis company, are strengthening their collaboration. Both parties have agreed to collaborate on the development of an electrolysis test field near Prenzlau.

The partners announced that at ENERTRAG’s new hydrogen center in Prenzlau, they will install and operate a number of electrolyzer units with a combined capacity of up to 15 MW. Sunfire will supply a 10 MW pressurized alkaline electrolyzer of the new S+ generation as part of the collaboration. In addition, the Prenzlau plant will house the first hydrogen filling station in the Uckermark region, which will be fueled by green hydrogen produced on-site.

ENERTRAG will connect the hydrogen center to the renewable power plant Uckermark, which has a production capacity of over 600 MW, via its own power connection. The installed electrolyzers may manufacture green hydrogen in the most environmentally friendly way possible by solely using renewable electricity. The initiative takes advantage of ENERTRAG’s ten years of experience operating a hybrid power plant to produce green hydrogen.

The green hydrogen will be employed in the mobility sector, specifically for local public transportation. ENERTRAG will be in charge of commercializing the hydrogen generated, which will be delivered to clients via trailers.

Sunfire has taken a significant step forward in establishing its position as a global leader in electrolysis by delivering the 10 MW pressurized alkaline electrolyzer of the new generation S+. Sunfire’s new pressurized alkaline system is even more efficient than the previous generation, thanks to a higher power density, allowing for lower-cost green hydrogen production.

“We look forward to cooperate with ENERTRAG not only as a strong partner for validating our technology, but also as an important new customer”, underlines Sunfire CEO Nils Aldag. “The hydrogen center offers optimal conditions to validate our technological advancements due to the sufficient green electricity available. We have been able to prove our pressurized alkaline technology in numerous industrial projects worldwide over the past decades. Our new S+ generation will set entirely new standards.”

“The cooperation agreement with Sunfire marks another milestone for our hydrogen center in Prenzlau”, says Manuela Blaicher, Head of Power-to-X at ENERTRAG. “It is important for us to produce green hydrogen from regionally generated, renewable electricity, reducing the power grid load and storing surplus electricity in a smart way. We are particularly excited about the opportunity to gain more insights about new technologies that will be important for the continuing energy transition.”