Seven of them were chosen out of those, with the project cost estimated at €11.5 million, based on their technical expertise and financial capabilities.

According to Joo Santana Ramos, project manager at Hyperion, “the bids will be evaluated according to technical and economic criteria” in the second round of the bidding. The three primary factors for evaluating applications, if all the requirements in the tender papers are satisfied, are price, the energy efficiency of the hydrogen production unit (HPU), and delivery date for the plant.

The HPU will be next to a solar PV facility with a 12 MW output capacity. A renewable PPA will also be constructed in order to increase the load factor of the electrolyzers and boost output. According to Santana Ramos, the PPA will “meet the requirements required by the EU so that all hydrogen generated is deemed green.” 135 kg of green hydrogen, or 1,500 Nm3, will be produced by the electrolyzers every hour. According to him, the electrolyzers’ precise production capacity should be approximately 7.5 MW, depending on the supplier and the equipment’s efficiency.

The hydrogen will be created with a high degree of purity (>99.999%), making it appropriate for a variety of uses. One of its final destinations will be the selling of compressed hydrogen at roughly 200-300 bars to off-takers who would load tube trailers on-site. The Portuguese natural gas distribution system will be its second stop. Between the production unit and the network injection point, a 3.5 to the 4-kilometer pipeline will be constructed, and hydrogen will be pumped at a pressure of 20 bar.

The majority of the firms submitting bids to build the facility are from Spain and Portugal. The French PEM electrolyzer manufacturer Elogen and Portuguese businesses Construço e Manutenço Electromecânica (CME), PRF Gas Solutions, Cimontubo, and ERI Engenharia are a few examples. Elecnor Group, H2B2 Electrolysis Technologies, and the Portuguese companies RCC and FCC Industrial are partnered on the Spanish side. The last bidder participating in the second round of the tender is the Swiss Proman.

The bid process is in accordance with the guidelines established by the EU-funded Operational Programme for Sustainability and Efficient Use of Resources, or PO SEUR in Portuguese, which last year provided €5 million in CAPEX assistance for the Hyperion Green H2 Setubal project.

With a portfolio of almost 2 GW of finished and ongoing projects, Hyperion Renewables has more than 15 years of expertise in the Iberian renewable energy sector, with a primary concentration on solar energy. The firm is currently constructing four projects totaling over 280 MW of green electrolytic hydrogen generation, three of which are situated in Portugal and one in Spain’s Badajoz area.

Sasol and Sonatrach to produce hydrogen under Hybla Project 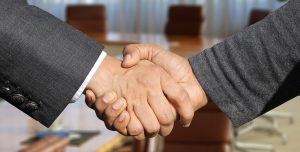