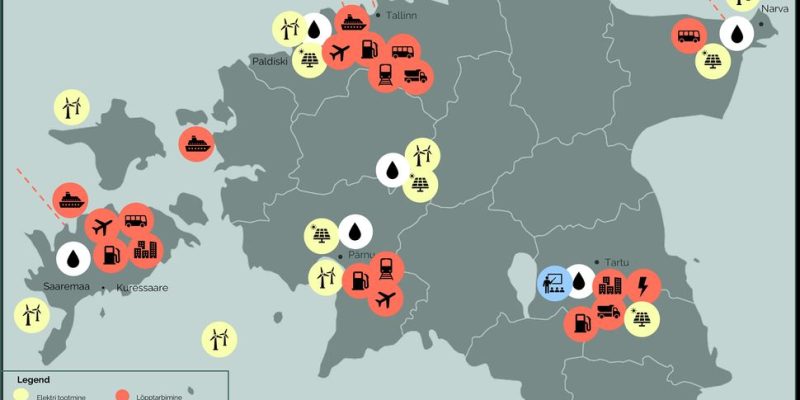 In order to further its energy independence and prepare for the European Green Deal, Estonia is planning to establish a national Hydrogen Valley, the Tartu City Government said this week.

At least six regions of the nation will achieve green hydrogen generation during the next six years.

The hydrogen generated in Estonia will be utilized to fuel heavy-duty vehicles, rail, shipping, aircraft, and other modes of transportation as well as public transportation.

According to a press release from Tartu City Council, a “complete and entire countrywide hydrogen value chain” will be established during this time, accelerating the nation’s energy transition and independence under the slogan “from zero to green.”

For Hydrogen Valley Estonia, a combination of public and private partners has established a management team, steering group, and support group.

The Tallinn Port, Tallinn Airport, Alexela, Eesti Energia, Terminal, Tartu University, Municipality of Tartu, Municipality of Pärnu, and the Island of Saarema are among the founding partners.

Around 30 projects are now being worked on as part of Hydrogen Valley Estonia, however other parties and projects are welcome to join.

“The major hub for Estonia’s planned economic growth of hydrogen is intended to be Hydrogen Valley Estonia. Without such, Estonia has no chance of going green and being an energy-independent nation. In order to prepare our economy for the large-scale adoption of hydrogen-based offshore solutions starting in 2030, we will concentrate on launching and advancing projects based on onshore hydrogen generation over the next six years.” Petrus Postma serves as the steering group’s secretary.