According to a recent joint assessment of hydrogen patents by the European Patent Office (EPO) and the International Energy Agency, innovation in hydrogen is trending towards low-emission solutions, with Europe and Japan in the lead and the United States losing the pace (IEA).

The paper offers a thorough, current examination of innovation in hydrogen technology using data from worldwide patents. It is the first study of its kind and includes the entire spectrum of technologies, including end-use applications and hydrogen supply, storage, distribution, and transformation.

According to EPO President António Campinos, “harnessing the potential of hydrogen is a fundamental aspect of Europe’s goal to attain climate neutrality by 2050.” “But there is an urgent need for innovation across a range of technologies if hydrogen is to significantly reduce CO2 emissions. This study identifies certain positive trends in transition across nations and industry sectors, notably Europe’s significant role in the development of new hydrogen technology. It also emphasizes how start-ups have contributed to hydrogen innovation and how they rely on patents to commercialize their inventions.”

“Hydrogen from low-emissions sources may play a significant part in the transition to clean energy and has the potential to replace fossil fuels in sectors like long-distance transportation and fertilizer production where few clean options exist,” said IEA Executive Director Fatih Birol. “This study demonstrates how innovators are responding to the demand for competitive hydrogen supply chains, but it also points out areas that still need improvement, particularly among end users. We will keep assisting governments in fostering innovation for safe, dependable, and long-lasting clean energy technology.”

Europe and Japan are ahead

In terms of international patent families (IPFs), which each reflect a high-value invention for which patent applications have been filed at two or more patent offices globally, the report presents the key trends in hydrogen technologies from 2011 to 2020. According to the research, the EU and Japan, which together accounted for 28% and 24% of all IPFs submitted over this time period, lead the world in hydrogen patenting. In the previous ten years, both regions experienced substantial growth. Germany (11% of the global total), France (6%), and the Netherlands (3%), are the top three nations in Europe. In contrast, the US is the only significant innovation hub where worldwide hydrogen patent applications have decreased over the past 10 years, accounting for 20% of all hydrogen-related patents. In South Korea and China, international patent activity in hydrogen technologies was very low but is now increasing. The UK, Switzerland, and Canada are three other nations that produce a sizable number of hydrogen patents in addition to these five key innovation hubs.

The report finds that across all segments of the hydrogen value chain, low-emission innovations generated more than twice the number of international patents than established technologies, with hydrogen production technologies accounting for the greatest share of all hydrogen patents in the period between 2011 and 2020. While most of the energy used to produce hydrogen today comes from fossil fuels, electrolysis and other low-emission methods are increasingly being patented. Nearly 80% of all hydrogen production-related patents in 2020 were driven by technologies motivated by environmental concerns, with electrolysis innovation seeing the most significant growth. According to the data, Europe is gaining an advantage as a location for investment in new electrolyzer production capacity. The most inventive sites are currently fighting to host the first phase of the industrial rollout.

The automobile industry has long been the center of the invention for hydrogen’s various potential end-use applications, and patenting in this field is still expanding, with Japan leading the way. Despite persistent policy and media attention on hydrogen’s potential to decarbonize long-distance transportation, aviation, power production, and heating in recent years, the same impetus is not yet apparent in other end-use applications. The pledges made by nations to have net zero emissions are put in jeopardy since they cannot be met without addressing the ongoing use of fossil fuels in these industries. One encouraging development involves the use of hydrogen to decarbonize steel production; there has been a recent increase in patenting in this area, perhaps in response to the post-Paris Agreement consensus that the industry requires radical solutions to reduce emissions quickly. Hopefully, this trend will continue in the years to come.

According to our ranking of top patent applications, innovation in well-established hydrogen technology is dominated by the European chemical sector. This industry’s history of competence has also given it an advantage in climate-driven technologies like electrolysis and fuel cells. Companies in the automotive industry are involved in more than just car technology. With an emphasis on low-emissions hydrogen generation techniques like electrolysis, universities and public research institutions in France and Korea at the top of the ranking produced 13% of all international patents relating to hydrogen between 2011 and 2020.

The analysis also reveals that, while accounting for fewer than a third of the start-ups in our dataset, start-ups with patents received more than half of the USD 10 billion in venture capital investment into hydrogen enterprises between 2011 and 2020. More than 80% of late-stage investments in hydrogen start-ups between 2011 and 2020 went to businesses that had already submitted a patent application in fields like electrolysis, fuel cells, or low-emission techniques for producing hydrogen from gas. Having a patent is a good indicator of whether a start-up will continue to attract funding. 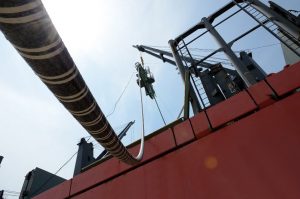 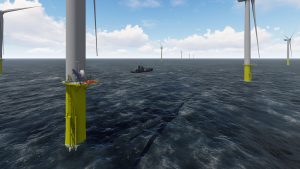