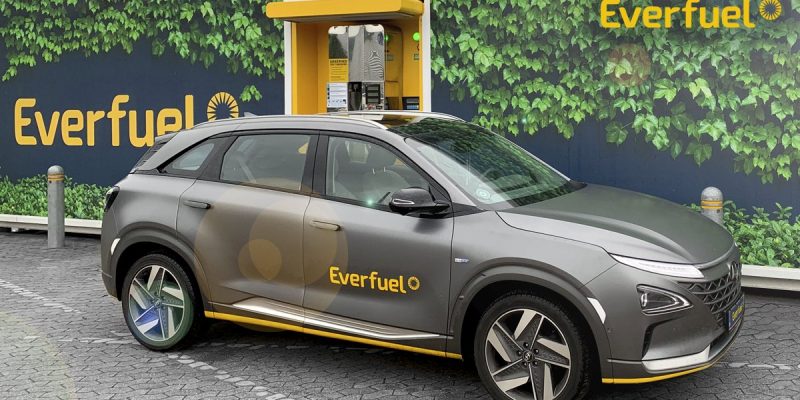 Everfuel A/S has announced its H2 station roll-out plan for Sweden, which will include up to 15 strategically located fueling stations for zero-emission transportation by the end of 2023.

The Swedish network will include Everfuel-built sites as well as fueling stations developed in partnership with project partners Statkraft, Toyota, Hyundai, and Hydrogen Sweden as part of the partially EU-funded Nordic Hydrogen Corridor initiative.

The Connecting Europe Facility is helping to fund the project, which aims to build up to eight fueling stations and related hydrogen production and distribution infrastructure (CEF). The planning and site selection process is currently underway in close collaboration with skilled transportation sector clients, national and local governments, and public funding initiatives.

Everfuel’s Ramp-up phase of the announced plan to invest EUR 1.5 billion in building the green hydrogen value chain in Europe and generate EUR 1 billion in revenue from the selling of hydrogen fuel to buses, trucks, and cars by 2030 includes the Swedish H2 station network.

The STRING project, which aims to build a hydrogen corridor with refueling stations from Hamburg to Oslo, is also supported by the network. This will be an EU-funded project with a public-private partnership that will bring together stakeholders from across the hydrogen value chain. STRING is made up of at least 13 stakeholders from Germany, Denmark, Sweden, and Norway, who are spread across eight regions and five major cities.

“Everfuel is at the vanguard of the green transition in Scandinavia and Europe by integrating and optimizing the green hydrogen value chain for zero emission mobility. We consider Sweden, Norway and Denmark our home market and are committed to lead the roll-out of solutions at scale for safe hydrogen production, distribution and fueling to endcustomers. The Nordic Hydrogen Corridor project is an important part of this plan which will require substantial investments, partnerships with end-users and vehicle-providers, and public financial backing.”

Jacob Krogsgaard, the CEO and founder of Everfuel.

“At TOYOTA Sweden, we are welcoming these investments in infrastructure for hydrogen in Sweden and our neighbouring countries. Developed infrastructure is much needed for us as country to reach our goals for carbon neutrality. Additionally, Toyota Sweden will shortly deliver the first vehicles of the second generation of our fuel cell hydrogen vehicle Toyota Mirai.”

70 applications for hydrogen center in Sicily