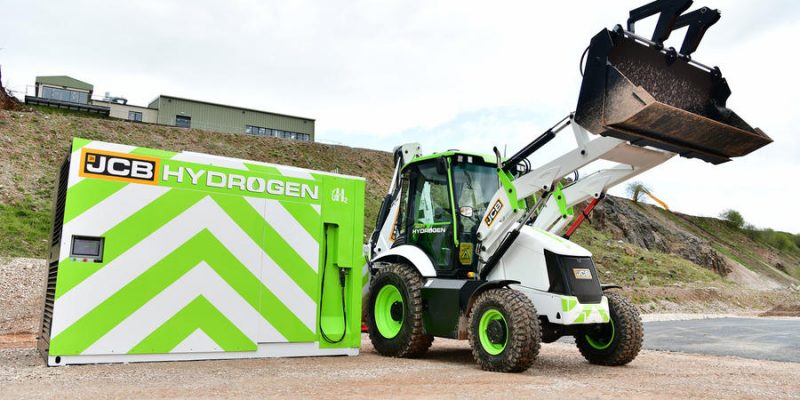 JCB, a heavy machinery manufacturer, has announced a hydrogen-fueled piston engine that emits no CO2 and that it believes will help the transportation industry meet the UK government’s zero-emissions target faster than any existing solutions.

JCB asserts According to its research, the new engine, which is based on the hardware of JCB’s Dieselmax 448 four-cylinder engine but with significant changes at the top end, not only produces no CO2 but also offers significant advantages over battery-electric and hydrogen fuel cell solutions, both of which are significantly more expensive.

The hydrogen engine developed by JCB is naturally aimed at its own off-highway applications, but after successful initial trials in excavators (which place far greater demands on engines than cars and trucks), the company’s engineers believe they have a technology that can be successfully applied in a much broader range of vehicles.

Lord Anthony Bamford, the chairman of JCB, decided to establish a specialist hydrogen engine research team at the company’s Derbyshire R&D center in July last year after becoming increasingly concerned about the impending loss of piston engine expertise and infrastructure, as well as the disintegration of a well-integrated supply chain.

Lord Bamford and his engineers believe they have a better understanding of the industry than most because they have recently launched a very successful range of battery-electric diggers, as well as extensive field experience with 20-tonne prototype excavators powered by hydrogen fuel cells.

The main advantages of the hydrogen engine, according to JCB innovation chief Tim Burnhope, are that it can be brought to market quickly and affordably, while existing ICE know-how and infrastructure will remain relevant.

The prototype engine from JCB has a completely new induction system (lowered compression, new pistons, high-pressure common-rail fueling, and port injection), but it is designed to match the performance and driving characteristics of existing machines.

In terms of toxic emissions, even the ‘raw’ exhaust from JCB’s experimental hydrogen engine contains less NOx than a diesel, even with the most recent after-treatment, which reduces diesel pollutants by 98 percent.