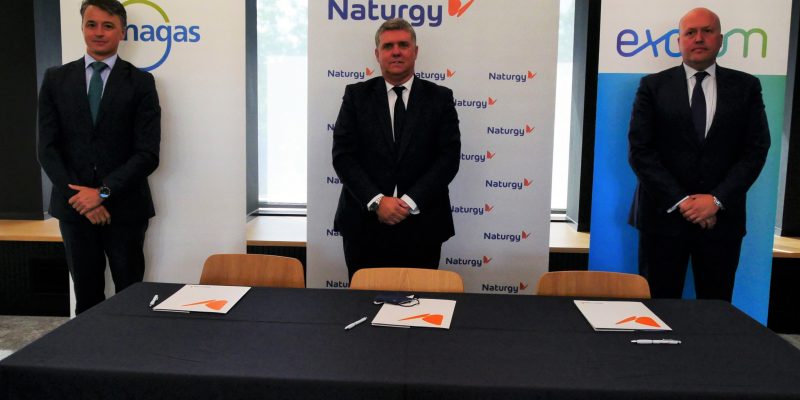 Exolum, Naturgy, and Enagás, through its subsidiary Scale Gas, have agreed to collaborate on the development of green hydrogen production, distribution, and supply infrastructures for the mobility industry over the whole Spanish territory.

It marks the formation of the world’s first significant hydrogen partnership for transportation routes. Win4H2 is the name of the project.

The deal involves the construction of a network of 50 hydrogen stations that will provide a consistent presence of this energy vector across Spain, allowing any customer to select green hydrogen with an assured supply wherever on the mainland.

The goal of these corridors is to create a network of renewable hydrogen supply stations that are around 300 kilometers apart and span the whole country, allowing for the creation of national logistical routes with guaranteed supply and connections to international routes.

Such a design would provide supply to a 150-kilometer radius surrounding each facility’s area of impact or service. In the first stage, a scalable design based on market evolution is projected to provide a green hydrogen generating capacity of 4,000-7,000 tonnes per year for this purpose.

In order to comply with the Hydrogen Roadmap published by the Ministry for Ecological Transition and the Demographic Challenge, promote the development of the hydrogen industry in Spain, and reduce greenhouse gas emissions in the mobility sector, the network will be implemented gradually, reaching out to both public and private entities for cooperation through public funding.

The three businesses are already working on the first route, which will provide green hydrogen to the cities of Madrid, Valencia, and Murcia/Cartagena, as well as connecting them via a hydrogen corridor, boosting the mobility of sustainable fuel-powered cars in those locations. Because of the enormous amount of heavy-weight goods and passenger travel, this initial route was chosen.

At each of the selected locations, the infrastructure necessary to satisfy the first identified hydrogen demand will be developed, built, and operated, allowing for scaling to meet any demand increases that may emerge at any time.

“Exolum wishes to be a relevant player in the development of the hydrogen industry and focuses on integrating solutions throughout the entire value chain by harnessing its extensive experience in the management and optimization of energy networks and by relying on existing infrastructures,” said Andrés Suarez, Exolum’s Global Strategy & Innovation Lead. This presents a potential for efficiency and economic viability that is perfectly linked with our decarbonization and circular economy goals.”

Rafael Benjumeda, Naturgy’s New Business Development Manager, expressed the Naturgy group’s commitment to renewable gases such as green hydrogen and the development of the infrastructure needed to meet European emission reduction requirements as part of its decarbonisation plan at the signing of the agreement. This partnership is a reaction to Spain’s energy transition issue, which will be further explored in the Recovery, Transformation, and Resilience Plan, in which green hydrogen will play a key role inside the EU.

“This agreement with Naturgy and Exolum, through our subsidiary Scale Gas, which was created as part of our entrepreneurship and innovation program and develops small-scale infrastructures for sustainable mobility, is aligned with Enagas’ commitment to energy transition and decarbonisation,” said Fernando Impuesto, Managing Director of Enagás Emprende. The first 700 bar hydrogen station in Spain, which was commissioned by Scale Gas at the beginning of this year, is an illustration of our strategy.”

Exolum, Naturgy, and Enagás have decades of expertise in the design, building, and administration of energy production, distribution, and supply infrastructures, as well as the creation of sustainable energy business models.

The agreement, which was signed during European Mobility Week, also calls for the formation of partnerships and alliances with various companies interested in hydrogen consumption or participation in any step of the hydrogen value chain, with the goal of developing technologies that, when combined with the development of competences and skills in the Spanish business structure, will allow the country to become a global leader in hydrogen consumption.

Furthermore, all three companies submitted their renewable hydrogen project portfolios to the Ministry of Ecological Transition and Demographic Challenge and the Ministry of Industry in response to expressions of interest, which include a variety of projects to be implemented in mainland Spain as well as the Balearic and Canary Islands. Participation in consortia aiming at the realization of European-level initiatives is also a feature of several of these projects.