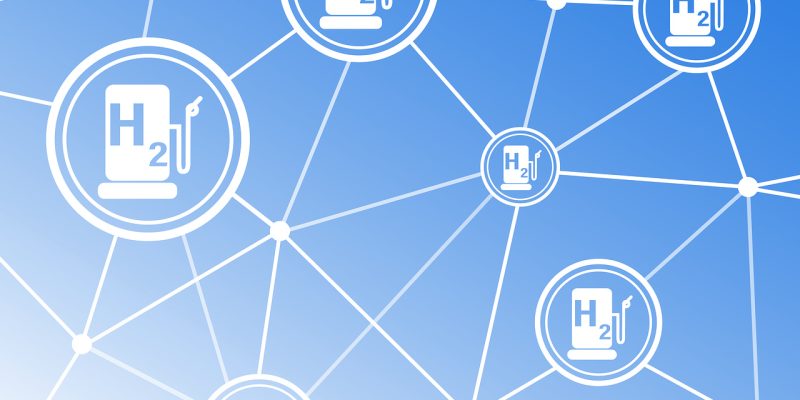 Together with Delaware’s entire congressional delegation, Governor John Carney led a tour of the Air Liquide research and development facility on GBC Drive with Energy Secretary Jennifer Granholm and Labor Secretary Marty Walsh. Later, they took part in a roundtable discussion with CEOs of nearby companies and representatives from the University of Delaware.

The Bipartisan Infrastructure Act and the Inflation Reduction Act both offer financial incentives to promote the use of hydrogen in the industrial, transportation, and electrical sectors. In addition to allocating $8 billion to build regional clean hydrogen centers around the nation, the rules offer tax incentives for the generation of clean hydrogen.

Granholm stated, “We are quite delighted to be able to demonstrate how hydrogen can function on a huge scale.

Over the next ten years, the Department of Energy wants to cut the price of clean hydrogen fuel by 80%, to $1 per kilogram.

The DOE claims that hydrogen energy has the potential to decarbonize a number of industries, including heavy-duty transportation and the steel industry, as well as to generate well-paying employment and pave the way for a grid that runs entirely on renewable energy sources.

Natural gas has traditionally been used to produce hydrogen, which results in the release of carbon. However, Green Hydrogen, which is produced by utilizing electricity to divide water into oxygen and hydrogen, is currently being invested in by Air Liquide and other businesses. The procedure produces no emissions if the electricity is generated by solar, wind, or nuclear power. Methane from a landfill or other waste source can also be converted into hydrogen using this technique.

In order to achieve President Joe Biden’s objectives of a completely clean electricity system by 2035 and net-zero carbon emissions by 2050, Granholm said hydrogen is only one of the instruments required.

She remarked, “I frequently say there isn’t a silver bullet; it’s silver buckshot. There are many different technologies, but this is a crucial component of the buckshot.

Sen. Tom Carper, the chairman of the Senate Environmental and Public Works Committee, welcomed the visitors on Friday.

Clean hydrogen, according to Carper, “has the potential to boost our economy, generate jobs, and contribute in planetary preservation.” With the cutting-edge hydrogen technology businesses in our state, Delaware is setting the pace for the country in this remarkable potential.

The Western Inter-States Hydrogen Hub alliance launched a Request for Expression of Interest on Thursday in an effort to get feedback from important stakeholders as work to develop a regional hydrogen hub in the Intermountain West proceed.

According to a press release from the office of Wyoming Governor Mark Gordon, the RFEI offers a forum for stakeholders, including business executives, elected officials, community organizations, tribal members, and the general public, to offer suggestions for developing a regional clean hydrogen hub across Colorado, New Mexico, Utah, and Wyoming.

A website dedicated to WISHH and its initiatives to develop this hydrogen hub across the four-state area was also recently launched by the Rocky Mountain Alliance for Next Generation Energy. A gateway for interested parties and stakeholders to react to the RFEI and provide details on how they may take part in the local hydrogen hub is also created via the website rangecollaborative.org.

In order to establish the WISHH alliance, Colorado, New Mexico, Utah, and Wyoming signed a Memorandum of Understanding on February 23. The regional clean hydrogen center funds allotted by the Infrastructure Investment and Jobs Act is being coordinated and developed by WISHH.

“Hydrogen projects won’t be built without significant funding and support from private businesses. While our four states have established the framework of our collaborative efforts, it is now time to determine which initiatives the general public and business community would deem practical, Gordon stated in the press release. Wyoming has an all-encompassing, net-zero energy policy, and these collaborations will help it achieve that objective.

Visitors at rangecollaborative.org may learn more about the WISHH members, see highlights of the hub’s development, and express interest in becoming involved with the hub through the RFEI. To coordinate planned initiatives in the four states, including the application for financing from the Department of Energy’s Regional Hydrogen Hubs, which is anticipated to be filed this autumn, the information provided through the RFEI will be used.

Alfanar to build $4B green hydrogen plant in Egypt