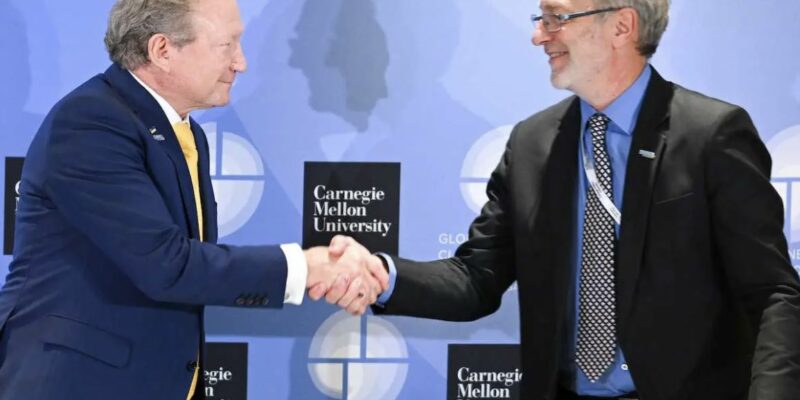 Fortescue Future Industries, owned by Andrew Forrest, has partnered with the National Renewable Energy Laboratory of the US Department of Energy to support NREL research initiatives with up to $80 million over a ten-year period.

The commercialization of NREL’s green technologies is its ultimate goal. At a signing ceremony for the new partnership, which will initially last three years, Forrest stated, “Our objective is to commercialize their green technology.

One of the main goals of FFI’s green global domination strategy, which also aims to completely decarbonize the company’s own Scope 1 and 2 emissions by 2030, is to fast-track technology around green hydrogen production and transportation. A significant portion of the millions from FFI will undoubtedly support this research.

Forrest’s Fortescue Metals Group said this week that it will invest a staggering $A9.2 billion in that aim, most of it over the next four years. This includes the installation of an extra 2-3GW of wind and solar power as well as battery storage.

The delivery of 15 million tonnes of green hydrogen annually by 2030 is an even more ambitious goal that FFI has set for itself, albeit the business has not yet specified how exactly it would be accomplished.

The US division of Fortescue, according to Andy Vesey, CEO of North America, is presently assessing the country’s capacity for producing solar, batteries, and electrolyzers. It intends to strengthen these efforts by “deep integration” with the US scientific and technology community.

Vesey declared on Thursday that “America is currently the finest site for green hydrogen investment.” This will lower pollution while saving and creating employment for Americans.

Martin Keller, director of NREL Laboratory, said his organization is always looking for partners that share its desire to sell “lowest-emissions” energy technology.