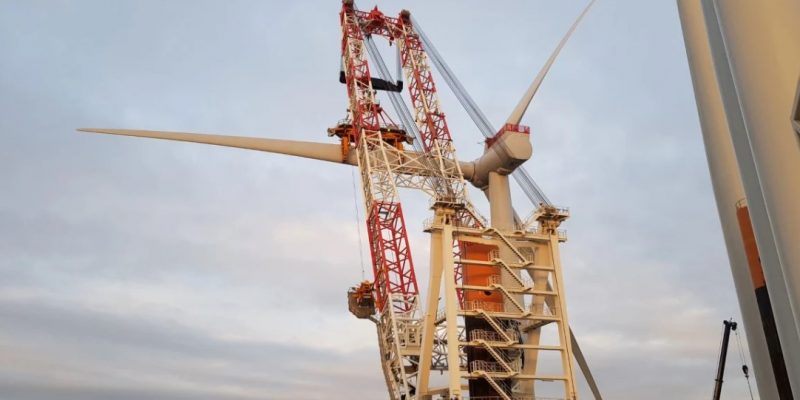 On 27 January, the tower, nacelle and blades were installed for the first turbine at the Kriegers Flak offshore wind farm in the Baltic Sea.

“We are proud that the first of many turbines at Kriegers Flak is now in place and ready to produce electricity. We expect that households and industry one of the coming days will receive the first fossil-free electricity from the turbine. It is an important milestone in the project, it is happening on schedule and it is fantastic to see the offshore wind farm take shape.”

The installation follows the granting by the Danish Energy Agency of the license to produce electricity. Despite the restrictions caused by the COVID-19 pandemic, the construction of Kriegers Flak is generally proceeding according to plan and scheduled to be fully operational by the end of 2021, at the latest.

“Kriegers Flak makes a significant contribution in the Nordic region to our goal of enabling fossil-free living. It is a unique project integrating offshore wind production and interconnectivity between two countries – Denmark and Germany. And at the same time, it signals that the exploitation of the Baltic Sea’s huge potential for offshore wind is now gaining momentum.”

Compared to 2019, Kriegers Flak will increase the Danish production of wind energy by 16 per cent or enough to cover the annual electricity consumption of approximately 600,000 Danish households.

The individual parts of the turbines are assembled at Port of Roenne on the Danish island of Bornholm. Afterwards they are shipped in sets of four to the construction site at sea. The 72 turbines are produced by Siemens Gamesa Renewable Energy and will be commissioned on an ongoing basis as they are installed.