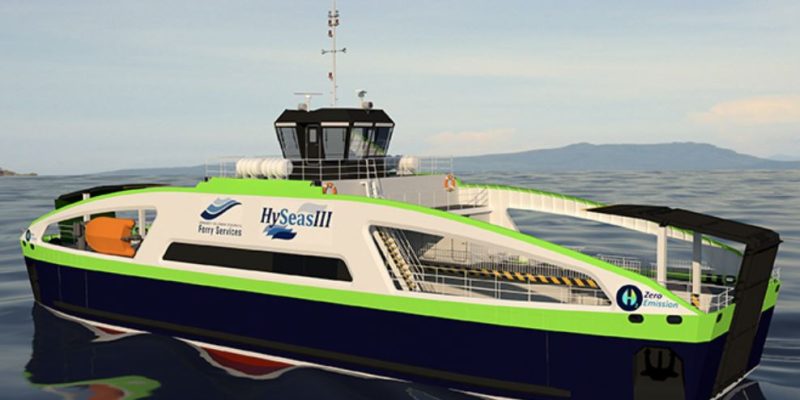 120 people and 16 automobiles, or two lorries, will be able to board the double-ended passenger and car ferry. It was built to run between Kirkwall and Shapinsay in Orkney, where hydrogen is generated by wind power, but it will eventually be able to go between other ports where hydrogen is available.

The EU-funded project includes CMAL, St Andrew’s University, the Orkney Islands Council, and a number of European organizations as partners. The partnership will then ask the DNV Classification Society for a feasibility ‘approval in principle’ of AqualisBraemar LOC Group’s designs.

In Bergen, Norway, string testing is also ongoing to showcase the full fuel cell-battery-multidrive propulsion system. The full-size string test will check power and fuel capacity needs by simulating the new ferry’s load requirements. The findings will give useful information to the team, which will be included into the design.

The partners want to finish the design by March 2022.

“Being able to see the concept designs helps to bring the idea to life. The vessel’s design is based on our bigger, double-ended Loch class boats. We’ll move on to the next stage of the project after the designs have been accepted, which will involve the construction of the engine that will be utilized in feasibility studies.

“The maritime industry plays a critical role in the worldwide battle against climate change, and this initiative represents a significant step toward emissions-free maritime transportation.”