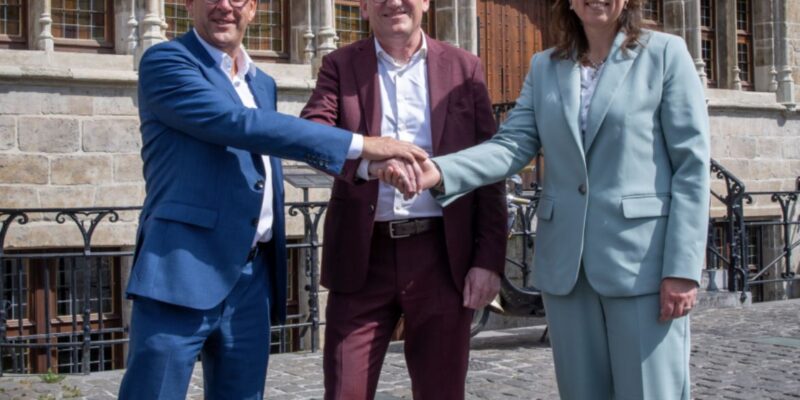 Hydrogen will run through a pipeline over the national boundary at the cross-border port region of North Sea Port in around four years. The port, Gasunie, and Fluxys are collaborating to connect the Dutch and Belgian hydrogen networks in the port zone.

In the Netherlands and Belgium, Gasunie and Fluxys are aiming to build a nationwide hydrogen network. In the port zone on the Dutch-Belgian border, the two networks will connect. The link will provide hydrogen to businesses in a 60-kilometer port zone ranging from the Netherlands’ Vlissingen and Terneuzen to Belgium’s Ghent. The essential preparations were made by Gasunie, Fluxys, and North Sea Port.

Fluxys and Gasunie are prepared to build an open-access hydrogen network on both sides of the Belgian-Dutch border in close partnership with the industry. The infrastructure is accessible to all businesses. By 2026, the networks should be operational and connected at the border. This link will establish one of Europe’s first cross-border open-access hydrogen networks. The two hydrogen networks will be linked between the Dutch cities of Sas van Gent and Zelzate in Belgium, where natural gas already flows between the two nations. The hydrogen network’s pipes will mostly be installed along existing pipeline lines, reducing the environmental effects.

Bringing supply and demand together

The cross-border link will make a substantial contribution to the development of the whole hydrogen value chain in the port zone, as well as supporting and extending employment, due to its scale effect. The link will open up the whole port region to a market for green and low-carbon hydrogen, linking providers and buyers in a secure system. Companies may also access a huge hinterland as well as other industrial clusters and ports in Europe by connecting the port zone to the national hydrogen infrastructure in the Netherlands and Belgium.

The North Sea Port cross-border industrial cluster is Benelux’s biggest hydrogen center. Companies create and use 580,000 tonnes of hydrogen each year. By 2050, the demand for hydrogen in the port zone will have doubled and will be totally sustainable. The cross-border network will connect supply and demand on a wide scale throughout the port zone, boosting the hydrogen market’s development. North Sea Port is perfectly positioned to grow into a hydrogen center with a global reach. This aligns with Europe’s, the Netherlands’, Belgium’s, and Flanders’ aims and investments in the energy and climate transition, as well as the goal of being carbon neutral by 2050.

North Sea Port CEO Daan Schalck: “This new cross-border hydrogen infrastructure is an added benefit in terms of attracting more sustainable and circular businesses to the port region. Several hydrogen production and storage projects are currently underway or in the planning stages. Connecting two national networks in the port zone is in keeping with our objective to develop as a European hydrogen center.”

CEO of Fluxys, Pascal De Buck: “We’re going all out at Fluxys to assist the hydrogen business to grow swiftly. The hydrogen infrastructure in North Sea Port is part of a larger effort to assist in the development of critical decarbonization infrastructure across Belgium and in neighboring countries. We also have actual suggestions for infrastructure to assist CO2 capture, storage, and reuse at North Sea Port. We are dedicated to climate neutrality with the port, industry, and governments.”

Helmie Botter, Gasunie’s Manager of Business Development Hydrogen: “Gasunie is dedicated to the creation of a nationwide hydrogen network. In this context, connections with neighboring nations are critical. This will enable the hydrogen industry to expand and work to improve supply security in northern Europe.”