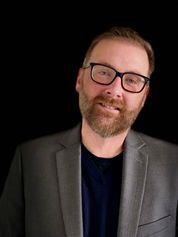 Mindnich, a 15-year manufacturing veteran who oversaw operations at Tesla’s Gigafactory, will join the firm as executive vice president of global manufacturing.

Mindnich, who will report directly to CEO Andy Marsh, will be responsible for modernizing Plug Power’s production processes through process efficiencies and organizational transformation. He will be responsible for optimizing Plug Power’s global production facilities’ performance through his experience with high-volume global manufacturing, process improvement, and automation. Modernizing operations will increase profitability and solidify the company’s position as a leader in fuel cell technology. Mindnich will oversee 450 global employees while continuing to expand the team, which is expected to reach 1,000 members within the next two years.

“I’m honored to join Plug Power at a time when more businesses are looking for clean hydrogen energy solutions,” Mindnich said. “As a leader on Plug Power’s management team, I’ll work to strategically grow the company’s manufacturing operations, transitioning from mid to high volume through automation, to cater to this increasing demand.”

Prior to joining Plug Power, Mindnich worked at Tesla’s Gigafactory in Nevada for five years in a variety of roles. Mindnich most recently served as senior director of operations at the world’s largest battery and powertrain manufacturing facility, where he led a team of 5,000 personnel. Over the last five years, while leading teams responsible for ramping up and optimizing the Nevada production,

Mindnich’s teams were able to improve a number of the factory’s performance metrics across different business divisions. Mindnich earned a master’s degree in business administration from the University of Phoenix and a bachelor’s degree in mechanical engineering from Arizona State University. He previously worked in senior manufacturing positions for other global companies, including International Game Technology and Trex Company, Inc.

“David Mindnich’s deep experience in manufacturing and operations will serve as a resource for Plug Power as we expand our capabilities and global footprint,” Marsh said. “We’re thrilled to have David’s expertise as we continue to grow our team and customer base.”

Gen2 Energy and Element 2 in green hydrogen cooperation in UK