In a letter to parliament, Dutch Energy Minister Rob Jetten announced that the government would appoint Gasunie, a gas grid operator, to oversee efforts to establish a hydrogen network in the North Sea.

A parliamentary hearing on the Dutch government’s ambitious plans to convert a sizable portion of the country’s natural gas network to hydrogen over the next ten years is scheduled for December 8th.

The nation has long-term ambitions to increase offshore wind capacity by more than 1 Gigawatt (GW) each year, bringing the total to 20GW by 2030.

The government is looking at alternative methods of storing electricity because engineers claim that not all of that can be used throughout the morning and afternoon when the majority is generated. Among the potential possibilities are batteries and hydrogen.

According to Jetten’s letter, “after 2030, a sizable portion of energy from wind parks will be converted into hydrogen and supplied to shore by pipelines, because over these vast distances transport of hydrogen is more efficient than the transmission of electricity.”

Gasunie will supervise the installation of hydrogen pipelines that will transport hydrogen to the beach and have a 4GW capacity to hydrolyze electricity at sea into hydrogen. There was no cost estimate provided for the projects.

According to Jetten, the nation will have 500MW of hydrolysis capacity by 2025.

In the upcoming year, “the cabinet anticipates providing subsidies for 800-1,000MW of hydrolysis projects in the IPCEI (Important Project of Common European Interest).”

According to Jetten, there are 783.5 million euros available for the second round of hydrogen projects and an additional 794 million euros for the third and fourth phases, which includes projects including the import of hydrogen.

In 2023, he promised, “the allocation of these monies among specific projects will be made clear.” 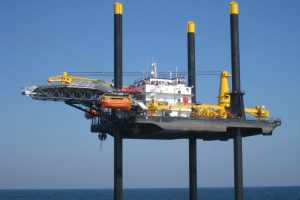