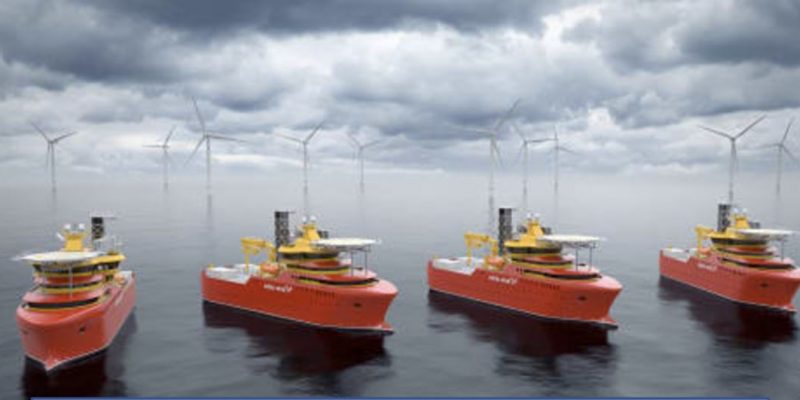 Enova has awarded NOK 1 million to 15 hydrogen projects to investigate the feasibility of generating hydrogen from renewable energy for use in the marine industry.

It gives me great pleasure to inform you that your idea was one of the top 15 and will be supported through the program, says Sigmund Strset, Senior Advisor at Enova.

Alcoa Mosjen, Helgeland Havn, Helgeland Kraft, and Vefsn municipality, represented by Mosjen og omegn nringsselskap, are all members of a project collaboration in Mosjen (MON KF). The project’s overall goal is to create a national hydrogen center in Mosjen.

Being one of the top 15 projects to get an Enova award makes us extremely happy, says Jonas Meyer, CEO of Gen2 Energy. – Enova’s backing demonstrates the high quality of our concept, and we are excited to continue working with partners to build a green hydrogen center in Mosjen.

As a preliminary stage, the pilot project will investigate areas of future hydrogen technology demonstration and piloting linked to end-users in the marine and industrial sectors, which will be critical in maturing the project toward a prospective main project.

According to Nils Kristian Nakstad, CEO of Enova, “the pre-project assistance will allow the participants time to work with the market foundation as well as research technological and financial solutions that make green hydrogen available in the marine industry.” He underlines how critical it is for Norway to create a hydrogen production hub along its coast.

The pilot projects will aid in the establishment of hydrogen production centers along Norway’s coast. Enova will launch a large competition seeking funding support for such centers later this year.

Significant components in the creation and building of a green hydrogen hub in Mosjen will be examined and defined through the pre-project. The goal of the pre-project is to explain the potential for establishing hydrogen as an energy alternative for marine transport, with a focus on the activities at the Port of Helgeland in the first instance.

Enova received 29 applications for the call, 15 of which advanced to the funding competition.