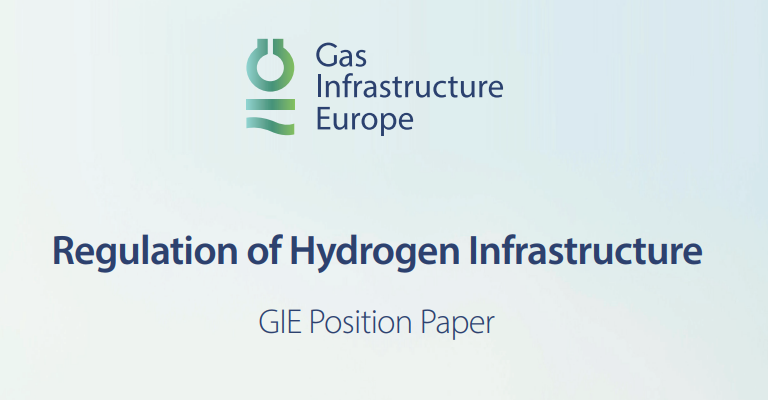 The regulation of the future hydrogen infrastructure is at the core of today’s energy issues. GIE releases a position paper providing the views and recommendations of its 70 members from 27 European nations.

This report makes specific policy ideas that will help accelerate the development of the hydrogen economy. Additionally, it highlights the particular advantages of the gas infrastructure for hydrogen integration. GIE comprises around 70 members from 27 European countries that own and operate existing infrastructure that is ready to be modified and/or repurposed for hydrogen transport, storage, and import.

Boyana Achovski, Secretary-General of GIE states: “Gas infrastructure operators are very well-equipped to integrate hydrogen into their systems. If we want to deliver climate neutrality by 2050 and achieving the targets of the EU Hydrogen Strategy, we need a very well-developed infrastructure for hydrogen. The existing gas infrastructure can offer that. Building on the existing gas network guarantees safe transport, storage and import of hydrogen. It also keeps the costs low for society and brings benefits to the whole energy system.”

Ralph Bahke, Sponsor of GIE New Gases Area & CEO of ONTRAS Gastransport GmbH explains: “In order to kick-start the hydrogen market in the EU, an appropriate system to regulate the hydrogen infrastructure is needed. We think that the most efficient way is to build on the basic principles of the existing regulation for natural gas, while leaving Member States the flexibility to reflect on national and regional hydrogen characteristics. Now is the time to set the right regulatory framework that will enable a successful ramp-up of the hydrogen economy.”

Michael Schmöltzer, Chair of GIE Hydrogen Regulation TF & Director of Uniper Energy Storage Austria further explains: “The regulation of hydrogen should recognise the advantages that the existing transmission, storage and LNG infrastructure have for developing the hydrogen infrastructure in a timely, cost-efficient and socially acceptable way and should facilitate the efficient planning, financing and operation of the infrastructure.”