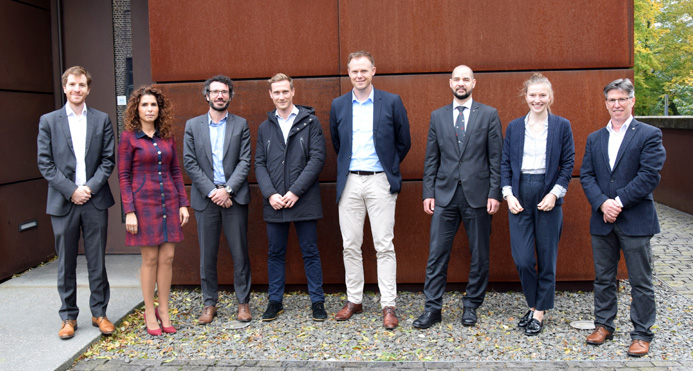 The EEIG’s members have set themselves the objective of developing an integrated cross-border energy system in the Greater Region by connecting cross-sector projects (hydrogen production, transport, and consumption). The “Grand Region Hydrogen” initiative is made up of interconnected projects that rely on one another. Additionally, it will generate synergies that will help grow the entire hydrogen value chain.

The Saarland Federal State (Germany), the Lorraine Region (Grand-Est – France), and the Grand Duchy of Luxembourg are the focus areas. The objective is to build and optimize a hydrogen economy across the full value chain by using the focal area’s exceptional structural conditions.

The Grande Region Hydrogen project will contribute to the decarbonization of industry and some sectors of the transportation sector, resulting in emission savings, in line with the European Commission’s and Green Deal’s targets of carbon neutrality by 2050. By 2030, the ecosystem’s efforts should minimize CO2 emissions by more than 980,000 tons per year.

Additionally, the Grande Region Hydrogen projects will enable the conversion of the Carling – Saint-Avold and Völklingen platforms to hydrogen production, resulting in the creation of new expertise and jobs in the heart of Europe. Over 140 new direct employment and 230 new indirect positions are anticipated, enhancing skill development via research and university programs.

Finally, the initiatives are considered to be a component of the Grande Région. Hydrogen will contribute significantly to the region’s economic growth through considerable investments (about 600 million euros for production facilities and transportation infrastructures). On the one hand, it is expected to generate up to 61,000 tons of hydrogen annually. On the other hand, open access transportation infrastructure will result in economic gains as a result of improved demand and supply matching. This scaling effect will contribute to lowering the final price of renewable hydrogen, a critical step in the development of the European hydrogen market.

The Grande Region Hydrogen project will also contribute to the region’s attractiveness by paving the way for a new industrial era based on green energy at a competitive price.