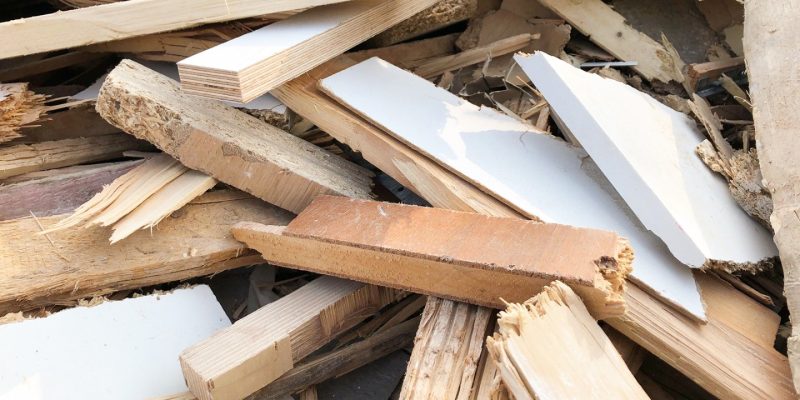 Composting or incineration have previously been the two methods used the most frequently to get rid of green waste and sewage sludge.

However, it would make much more sense to use these resources to create a useful energy source hydrogen. This objective is being pursued by a group of researchers at the Fraunhofer Institute for Manufacturing Engineering and Automation (IPA). The key to this progress is CO2 capture. For instance, the CO2 produced when waste is converted to hydrogen is sorted out and used as a raw material in the chemical sector. By applying a number of techniques, the study team can generate carbon-negative hydrogen from biological waste in this manner, so removing CO2 from the environment.

In Germany, there is no scarcity of organic garbage. About 4.6 million tons of garbage, according to the German Environment Agency, were disposed of in residential compost bins in Germany just last year. Without accounting for garbage from public parks and gardens, agriculture, food production, sewage sludge, and canteen leftovers, the total is close to 15 million tons. The majority of it is either sent to composting facilities or burned to produce heat and power. Carbon dioxide (CO2) emissions are produced as a result, harming our climate. According to Johannes Full, group leader for the Sustainable Development of Biointelligent Technologies at Fraunhofer IPA in Stuttgart, “Organic waste is simply too precious to be utilized in this way.” “Generating hydrogen from the substance would be more sensible. The CO2 released during the procedure might subsequently be stored, utilized, or separated for industrial purposes. Many individuals believe that hydrogen will be the future’s clean energy source. Only water is discharged during its use in energy conversion activities. But as it stands, natural gas continues to be a major source of hydrogen production. Much more environmentally beneficial would be a manufacturing method based on plant waste, similar to electrolysis using renewable power.

In recent years, a broad range of technologies for converting biomass into hydrogen have been developed. Which of these processes are technologically developed and have the potential to be run effectively in the future was reviewed by Full and his colleagues throughout their investigation. The novel conversion techniques are also anticipated to address one shortcoming of standard organic waste treatment practices: Whether biomass is burnt or composted, it always emits carbon dioxide that the plants had previously taken from the atmosphere through photosynthesis. It would be more sensible to extract this greenhouse gas from the plants with the goal of storing it underground in defunct natural gas reserves or using it as a raw material in the chemical sector. In this manner, argues Full, “we may accomplish two goals at once.” We use plant waste to create green hydrogen while also helping to reduce the amount of carbon dioxide in the environment.

harnessing the full potential of biomass

The potential of biomass is illustrated by a project Fraunhofer IPA is running with a firm in the metal sector. In this experiment, cardboard, wood, and canteen garbage may all be transformed into hydrogen together with waste from nearby fruit growers and winemakers. The processing of metals then makes use of this hydrogen directly. The leftover fruit and canteen garbage are fermented in the first part of the procedure using bacteria and dark containers to create hydrogen and carbon dioxide. A standard biogas plant can then use a second fermentation process to transform the fermented material into methane. The methane is then transformed into CO2 and hydrogen. Contrarily, it is challenging to ferment wood and paper fibers in this manner. A wood gasifier may split them into CO2 and hydrogen. In order to select the most appropriate and effective technologies, Fraunhofer IPA is analyzing the various process choices as part of this project. Additionally, IPA experts are creating technological optimization methods to cut costs and guarantee that the corresponding procedures are as eco-friendly as feasible.

Purple bacteria are very good at making hydrogen from dairy and fruit waste. The bacteria has been modified by scientists at the University of Stuttgart such that it scarcely needs light, which reduces the energy needed for the process of producing hydrogen. They are looking on ways to produce hydrogen with purple bacteria on a bigger scale in the future in collaboration with Fraunhofer IPA. The Fraunhofer IPA team is working along with the Fraunhofer Institute for Interfacial Engineering and Biotechnology IGB as part of the H2Wood – BlackForest project to investigate how bacteria might decompose wood waste into hydrogen and other beneficial compounds for the chemical industry. Campus Schwarzwald and the Institute of Industrial Manufacturing and Management IFF at the University of Stuttgart are further project collaborators.

The Fraunhofer IPA research “Industrial Hydrogen Hubs in Baden-Württemberg” (abbreviated “I-H2-Hub-BW”) shows that green hydrogen has the ability to meet some energy needs of specific industrial sectors and heavy goods traffic locally. The researchers discovered that hub-based decentralized hydrogen generation and usage may be profitable provided the distribution centers are positioned appropriately. These hubs run electrolyzers that separate water into hydrogen and oxygen using green power. The hubs need to be as near to the consumers as feasible to save transportation expenses. The local industry’s requirement for process heat, high-temperature operations, and hydrogen gas, for instance for the manufacturing of nitrogen fertilizer, is the second crucial factor in the choice of location. Infrastructure is also crucial: According to Dr. Jürgen Henke, a scientist at Fraunhofer IPA, “ideal places are along busy routes with truck terminals where hydrogen filling stations may be built up.” The study team, led by Henke, identified potential places in Baden-Württemberg using the location criterion, particularly the Rhine-Neckar metropolitan region and the broader Karlsruhe area. Fraunhofer IPA researchers used computer models to show that, under certain conditions, green hydrogen produced locally might replace 30 percent of fossil energy within 10 years using just the state’s own open areas.