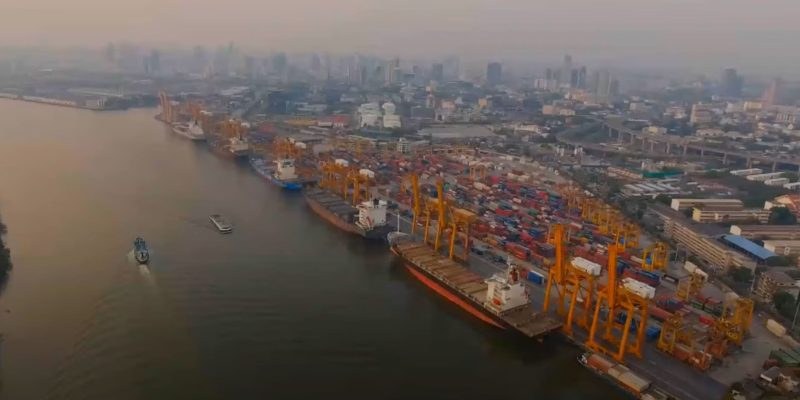 According to a new report by the International Renewable Energy Agency (IRENA), a rapid replacement of fossil fuels with renewable fuels based on green hydrogen and advanced biofuels could allow for a reduction of up to 80 percent of CO2 emissions attributed to international maritime shipping by the middle of the century.

According to the International Renewable Energy Agency (IRENA), renewable fuels should account for at least 70% of the sector’s energy mix by 2050. A method to decarbonise the shipping sector by 2050 has been identified, establishing a plan for the global shipping sector in accordance with the global 1.5°C climate change target.

“Maritime transportation facilitates between 80 percent and 90 percent of worldwide trade,” stated Francesco La Camera, Director-General of the International Maritime Organization. Global shipping is one of the most difficult industries to decarbonize, and existing plans, despite increased goals, fall short of what is required to achieve the necessary results. Green hydrogen fuels, according to this IRENA perspective, are technically viable for reducing CO2 emissions in such a strategically important and difficult-to-abate industry,” says the organization.

‘Taking action as soon as possible is important,’ La Camera continued. “It is my hope that this report will inspire policymakers, ship owners and operators, port authorities, renewable energy developers, and utilities to work together toward common climate goals and demonstrate their ambition to world leaders at the United Nations Climate Conference in Glasgow,” the report says.

If the worldwide shipping industry were a country, it would be the sixth- or seventh-largest emitter of CO2 in terms of emissions per capita. The 1.5°C decarbonisation pathway proposed by IRENA is based on four key measures, including indirect electrification through the use of green hydrogen-based fuels, the incorporation of advanced biofuels, the improvement of vessel energy efficiency, and the reduction of sectoral activity as a result of systemic changes in global trade dynamics, among others.

In the medium term, advanced biofuels will play a critical role in reducing greenhouse gas emissions, accounting for up to 10% of the sector’s entire energy mix by 2050, according to the International Energy Agency. Green hydrogen-based fuels will play a critical role in the medium and long term, accounting for 60 percent of the world’s energy mix by 2050. Methanol and ammonia are the most promising environmentally friendly hydrogen-based fuels, with e-ammonia in particular poised to serve as the backbone for decarbonizing the industry by 2050. It is suggested in the report by the International Renewable Energy Agency (IRENA) that e-ammonia could account for as much as 43 percent of the sector’s energy needs by 2050, implying the use of approximately 183 million tonnes of renewable ammonia for international shipping alone, which is comparable to the current global ammonia production.

According to the findings of the IRENA research, the production costs of alternative fuels, as well as their availability, will ultimately determine whether or not renewable fuels are really used. To achieve net zero CO2 emissions by 2050, we must transition from a virtually low CO2 emissions state to a 100 percent renewable energy mix. The cost of renewable energy has been steadily declining in recent years; nevertheless, additional cost reductions are required before renewable energy-derived fuels may be considered the primary source of propulsion. Adoption of suitable and timely co-ordinated international policy actions can help to enhance the ambition for climate change and decarbonisation. A realistic carbon levy, which places an adjustable carbon price on each fuel, will be essential in order to prevent new fossil fuel investments and stranded assets from being created.

The research concludes by urging all parties to build more comprehensive business models and to form strategic relationships with energy-intensive sectors, electricity suppliers, as well as the petrochemical industry. Stakeholders must be identified, identified and engaged, and the many actors must work together to achieve a shared objective. Aiming to achieve zero emissions by 2050, regulatory organizations overseeing the international shipping sector must undertake integrated and participatory planning exercises that define step-by-step activities to achieve this goal.