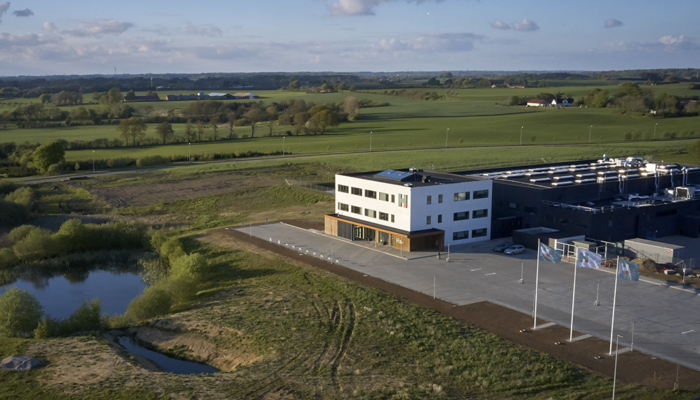 Green Hydrogen Systems plans to extend its current combined manufacturing, research and development, and office facilities in Kolding, Denmark, in the second phase.

The new facilities will raise the company’s current annual capacity of electrolysers from 75MW to 400MW when fully expanded, optimized, and ramped up by 2023.

As demand for Green Hydrogen Systems’ electrolysers grows, the facilities may be expanded up to produce electrolysers with a 1,000MW capacity per year in succeeding phases.

Aside from the extension project, the corporation has decided to purchase full ownership of both current facilities and land, as well as adjacent acreage for future expansion phases.

As a result, during phase two of construction, Green Hydrogen Systems will also assume control of the new facilities.

This ownership structure differs from the present leasing model in that, while it will increase CAPEX in the short term, it will also give the company with maximal control, flexibility, and independence, allowing it to continue to grow and position itself as a leading electrolyser producer.

Sebastian Koks Andreassen, CEO of Green Hydrogen Systems, said, “This expansion is an important step in our plans to scale the company to deliver electrolysis solutions that lower the levelised cost of hydrogen and drive energy transition.

“The new facilities will position Green Hydrogen Systems as a gigawatt provider of electrolysis equipment. Looking forward our focus remains to execute on our plan for growth and value creation from continued investments in R&D, manufacturing capacity and talented employees.

“Besides increasing production capacity, the expansion will secure sufficient space to grow our organisation from 100 employees at present to around 300 by 2025.”

Troels Hornsved, COO of Green Hydrogen Systems, said, “The new facilities will allow us to deliver on our roadmap to increase our production capacity as well as to expand for the development and launch of our new product range called the X-Series dedicated to target multi-MW to GW scale projects in the growing market.”