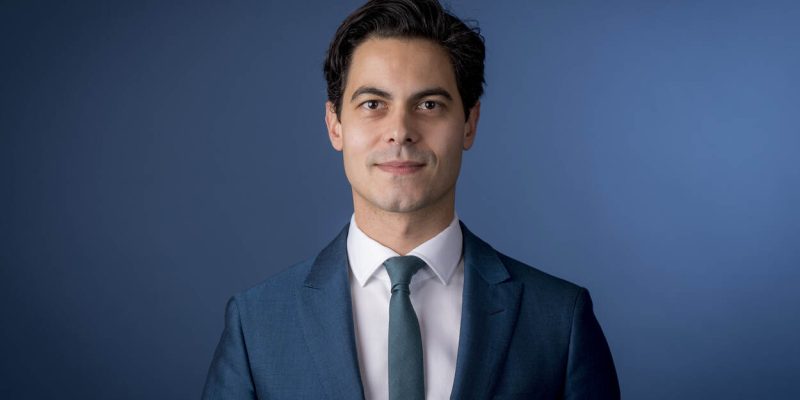 Industry should be required to save more energy starting in 2023. In at least thirty major cities, inner-city deliveries must become emission-free after 2025.

And the Dutch government is investigating whether companies should be required to purchase sustainable hydrogen from 2026.

These intentions are part of the Climate Policy Program that Minister Rob Jetten (Climate and Energy, D66) is sending to the Lower House this Thursday. This program is intended to implement a more stringent climate policy in the coming years, so that greenhouse gas emissions can be reduced more quickly. In order to certainly meet Europe’s requirement – 55 percent less emissions in 2030 compared to 1990 – the government is aiming for 60 percent.

In 2019, the Climate Accord was concluded. The goal was to reduce emissions by 49 percent by 2030. Particularly in the areas of traffic, housing and agriculture, the results lagged behind. Greater progress was made around making electricity production and industry more sustainable.

Central to the new climate plans is tighter control by the government. Earlier NRC reported that Jetten wants to take the lead in implementing the climate agreement. Ministers Hugo de Jonge (Housing, CDA), Mark Harbers (Transport, VVD) and Henk Staghouwer (Agriculture, CU) will be responsible for the implementation and must submit progress to Jetten four times a year.

In addition, an advisory Climate Council will be established, consisting of eight to ten independent scientists. There must also be a so-called generation test that makes clear what the consequences of the policy are for current and future generations. Ultimately, the Netherlands must be climate neutral by 2050.

Jetten comes with his policy program at a time when Europe is in an energy crisis. Especially due to Russia’s war in Ukraine, the prices for natural gas are historically high. Various politicians, experts and companies have called in recent days for measures to increase the supply of energy. This could be done, for example, by increasing gas production in Groningen and allowing coal-fired power plants to produce more electricity than is currently allowed. So far, the government has not answered this call.

Many measures from the Policy Programme presented on Thursday have already been proposed. For example, industry will have to deal with a stricter CO2 tax, which was already mentioned in the coalition agreement. The government now also wants to oblige large industry to implement energy-saving measures that will pay for themselves within five years. This obligation already exists for smaller companies, but not for companies that have to pay for their emissions through the European emission system ETS.

The government is also considering obliging companies to purchase sustainable hydrogen produced from wind power, for example. This energy carrier should play an important role in making industry more sustainable, but to actually get the production of ‘green’ hydrogen going, there must also be sufficient demand.

In the area of traffic, almost half of the buses in public transport must be emission-free by 2025. From that year onwards, no more public transport buses with combustion engines may be purchased. The possibility of making all company lease cars emission-free sooner is currently being looked into. It has already been determined that after 2030 no new passenger cars may be sold that run on gasoline, diesel or gas.

Minister De Jonge announced Wednesday afternoon how he wants to accelerate the sustainability of homes. New is that from 2028 housing corporations may no longer rent homes with a low energy label (E,F,G). Two years later this will also apply to private landlords. Last month it was already announced that after 2025 no new boilers may be sold. Then it will be mandatory to come up with more sustainable solutions to heat the house, such as a (hybrid) heat pump.

Electric ferryboat, floating wind turbines and hydrogen at the Port of Leixões