In 2024, Honda will introduce an electric fuel cell vehicle based on its most popular CR-V crossover.

As part of its plan to go completely electric by 2040 and carbon neutral by 2050, the automaker said it will manufacture the CR-V model at its Performance Manufacturing Center (PMC) in Marysville, Ohio. Fuel cells combine hydrogen and oxygen to produce electricity that powers the car rather than a battery.

The fuel cell technology in Honda’s vehicle will be one of the first to be combined with a plug-in capability, allowing the driver to alternate between using the onboard battery for shorter trips and a hydrogen supply for longer ones.

The firm didn’t disclose the number of units it intends to produce, but it did mention that the plant specialized in producing low numbers of cars like the Acura NSX supercar.

Because they can be refueled in three to four minutes and can go farther before needing to recharge, fuel cells have a distinct advantage over battery-powered vehicles. The technology is not, however, prepared for widespread use. In comparison to EV charges, public hydrogen stations in the United States are far more scarce and concentrated in California.

Over the past twenty years, fuel cell technology has been developed by Toyota, Honda, and General Motors. The second generation of Toyota’s Mirai mid-size vehicle is about to begin. Honda, which introduced its first fuel cell car, the FCX, in 2002, has contributed more than $14 million to the development of the hydrogen refueling infrastructure in California.

Other businesses are using hydrogen as part of their carbon neutralization plans.

In August, BMW and Toyota announced that they would collaborate to start making hydrogen fuel cell cars in the middle of the next decade. In order to advance fuel cell technologies, Bosch intends to invest more than $1 billion worldwide by the year 2024, including more than $200 million to produce fuel cell stacks for commercial trucks at its South Carolina facility.

Closer to the vehicle’s debut, Honda will provide additional information regarding the CR-V-based fuel-cell SUV. The sixth-generation Honda CR-V was introduced this year, and the carmaker anticipates that sales of the hybrid CR-V would account for half of the nameplate’s yearly sales. 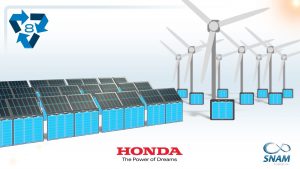