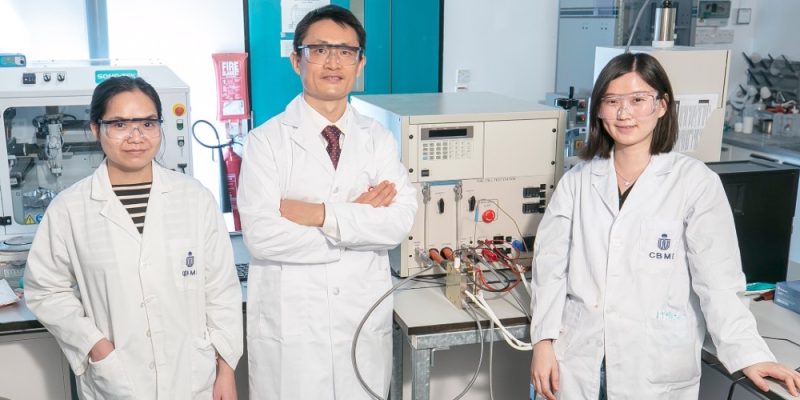 A new step has been made toward environmentally friendly and economically effective hydrogen energy by experts from the Hong Kong University of Science and Technology.

They created a hydrogen fuel cell that not only had unmatched effectiveness and durability but also used five times less platinum as a catalyst. Meaning, that it may be significantly less expensive. In addition, compared to fuel cells using an all-platinum catalyst, its catalytic activity (energy output per unit of time) is 3.7 times greater.

At least in terms of environmental protection, hydrogen and oxygen are transformed into electricity in hydrogen fuel cells without creating any toxic waste. However, substantial commercial application is still a ways off after years of research. The problem is that this type of energy production heavily depends on catalysts, which are often constructed of costly and scarce platinum, according to EurekAlert.

Platinum catalysts are expensive, therefore scientists have long tried to find cheaper metals to replace them, but many substitutes have either turned out to be ineffective or too transient. The requirement for platinum is reduced by 80% thanks to a novel formula developed by a team of engineers under the direction of Professor Shao Minhua, and the element’s lifespan is extended to unprecedented levels.

The novel hybrid catalyst keeps a 97 percent activity after 100,000 test cycles with higher loads while having a low platinum concentration. For instance, after 300,000 cycles, a standard platinum catalyst’s efficiency reduces by 50%.

The new catalyst features three separate active reaction sites instead of one, which is one factor in its great performance. The novel combination stimulates catalysis 3.7 times more than platinum and speeds up the reaction time thanks to atomically scattered platinum, iron atoms, and platinum-iron nanoparticles. Theoretically, an increase in catalytic activity should result in a better energy yield.

Chungju builds hydrogen production base for 1200 units a day